Before we break for the weekend, we want to make sure you have something to talk about around the holiday table. We already told you about The Trendsters on the 2007 horizon, so today we finish with the Celebrity Chefs who finally realized that Vegas isn't the West Coast and that feeding a celebrity clientele—or at least those of us who actually eat in LA—is feasible. We'll get to The Rest next. 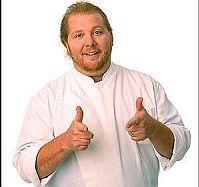 · If the excitement over the Silverton-Batali-Bastianich Pizzeria Mozza ever wanes, it will surely be replaced by group salivation for sister property, the more upscale Osteria Mozza, which last we heard would open sometime in the first quarter of 2007. If that means anytime between Jan-March, we project the height of summer: July. [EaterWire]

· Not that there's a glut of steakhouses or anything, but Laurent Tourondel is bringing his wildly popular NYC restaurant BLT Steak to the former Le Dome space by summer. Le Dome, after a multi-million dollar renovation, failed to make it work and re-closed within a couple years. But if Batali's proving anything, it's that a famous name + simple well-prepared fare + entertainment industry deep pockets = success in just about any neighborhood. [Zagat]

· Top Chef host Tom Colicchio will open an outpost of Craft in the new Creative Artists Agency building in Century City, possibly by April. We say 'possibly' because the announcement of the restaurant alone has been contentious, being on, then off, then on again. [Zagat]

· A really random rumor hit the streets in August that "Desperate Housewives" star Eva Longoria will team up with hot shot (and hunky) chef Todd English for a Tex-Mex-themed spot in Hollywood. This is entirely unconfirmed, but we can't wait to find out more in the new year. [Contact Music]

Up next: Gordon Ramsay and Wolfgang Puck... 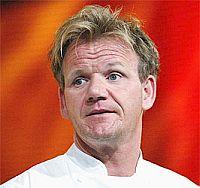 · With the Wyndham Bel Age going through a mega-million dollar renovation and being renamed The London, it's only fitting that the Devil of "Hell's Kitchen", Gordon Ramsay, will open two restaurants in the hotel in the fall. Not shocking, really; he's been in LA for two seasons of "Hell's Kitchen," filmed in a studio on La Brea; and he opened an eponymous restaurant in the NYC outpost of The London this fall. [EaterWire]

· Not to be out done by the new boys on the block, Wolfgang Puck will open his seventh restaurant, Red 7, on the first floor of the Green Building at the Pacific Design Center this spring; we're told the end of March. The name comes from the fact that the PDC is constructing the new Red Building, which will open in 2008, and because it's lucky number seven for Puck. Theme is Asian fusion. [EaterWire]