SBE celebrated their new Katsuya on the corner of Hollywood and Vine last night, and we were there. Again, any party that serves copious amounts of food---especially top-grade sushi and sashim---and drink all night long is a good one in our book. No skimping anywhere. Katsuya officially opens tomorrow, soon to be filled with club-hoppers and the high-design sushi set.

2) If you stand in front of a busy sushi chef long enough without food in front of you, he will deliver a giant plate of food within seconds. If only life was like that everywhere.

3) When a sushi bar has beautiful sashimi folded over a 20-foot 'fence', that doesn't mean it's your own personal feed trough. It's a buffet, put some on your plate and move on, people. Give someone else a chance. Similarly, it's OK to ask if you can share the sushi platter in front of us. It's not OK to demolish the entire plate of marinated tuna and toro before anyone else has a chance to get it.

5) The chairs: Not so bad after all. We'll give them two ass slaps out of five. But for girls in short skirts, beware those metal ones in the dining room. The leather banquettes still trump them all. 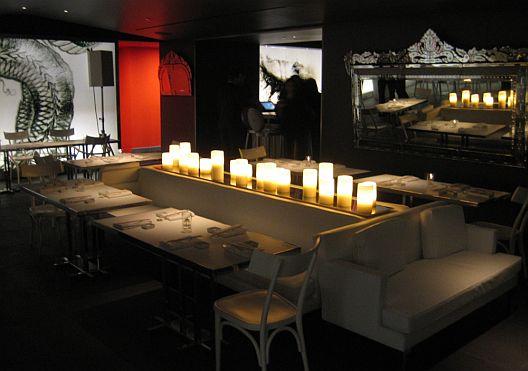 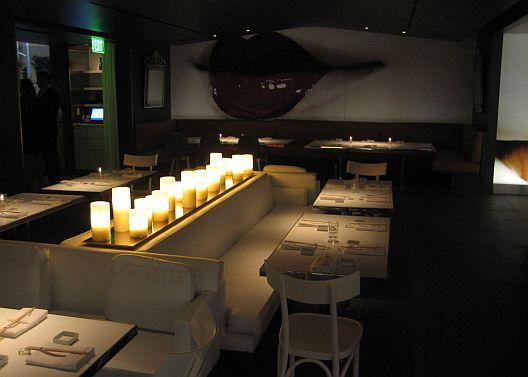 From the other side 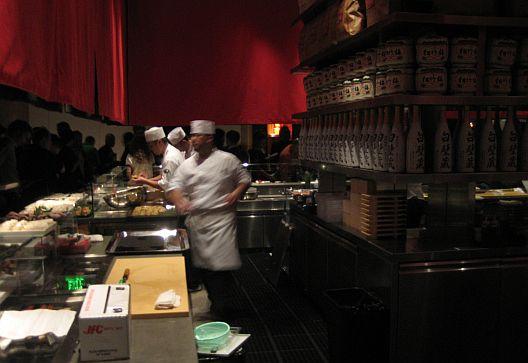 A square sushi bar centers this room with super high ceilings, and booths and tables around the perimeter 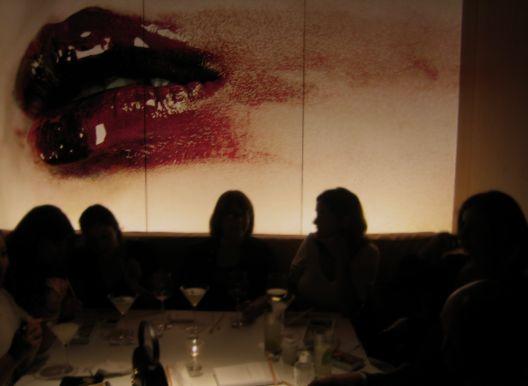