We were in Santa Barbara wine country for the annual Fall Harvest Festival this weekend, with sustenance stops in SB proper, Los Olivos and Solvang. After copious amounts of food, several bottles consumed, and three cases for home, some findings from along the way. 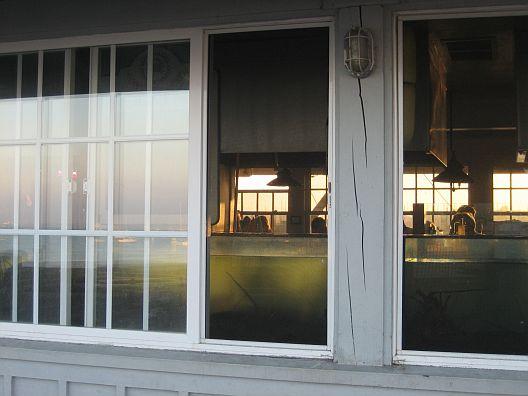 (1) Santa Barbara: David Lentz and Suzanne Goin's Hungry Cat works on so many levels. Stray from ordering items that just went on the menu that day; though still quite tasty, the kitchen can't always deliver in a timely fashion. The service and cocktails make up for it.

(3)Wine Country Thinkage #1: Everyone who can still milks the Sideways connection. Most proud of their 15 minutes: Blackjack Ranch, which not only has signage out front, but also quotes from the movie and movie stills on the tasting room walls.

(4) Wine Country Thinkage #2: The lovelier the setting, the more mediocre the wines. An example: Buttonwood Winery has a lovely garden with strolling paths and picnic areas surrounded by peach trees, but the wines are all just OK (except for the Devin and Trevin). Flip side: The wine facility that Ken Brown and Ampelos Cellars share in a Lompoc warehouse is just that, a warehouse. But both have some stunning pinot noirs worth seeking out. 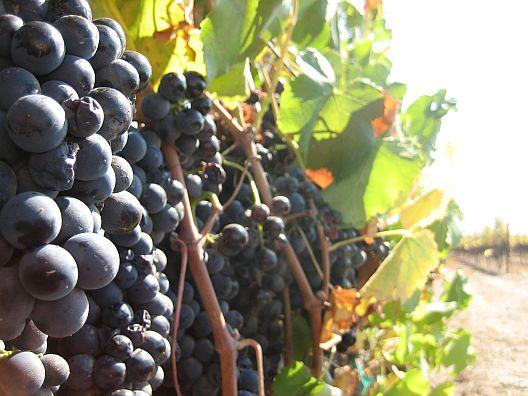 (5) Overheard between winemaker and grower: "2007 was a good vintage this year. Syrah yields great. Pinot was a small harvest, though."

(6) Andrew Murray Winery: Murray on hand pouring and signing autographs. Nothing but gratitude for the hearty pork stew (from the October Food & Wine cover) to soak up copious amounts of wine from the day.

(7) Los Olivos: Brothers' at Mattei's Tavern: Best steak and pork chop we've had in awhile. Damn good martinis. Restaurant Marcella at Fess Parker Inn: Mediocre breakfast, overextended service, but the only place for breakfast in LO. This busy weekend happens twice a year, should have system by now. 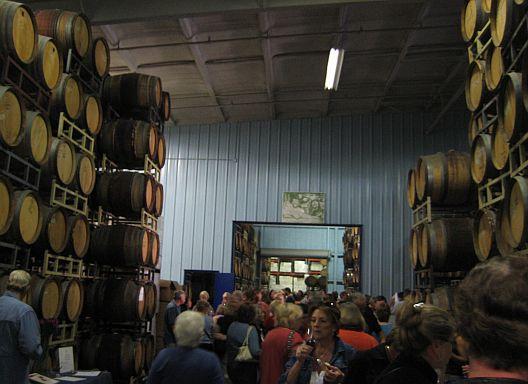 (8) Au Bon Climat Open House: This apparently is the real festival. Packed house, Sunday, four hours of non-stop tasting of ABC and Jim Clendenen's other labels, Il Podere Dell'Olivos, Vita-Nova and Ici/La-Bas. Plus Qupe, Verdad, Makor, and Barham Mendelsohn, all made in the same facility. $15 went a long way. At one point, Clendenen was cheering/screaming. Overheard from a passerby: "Lord...Jim's losing it right now." The winery does this twice a year during the spring and fall festivals. Rockin' good time.

(9) Santa Barabara Pier: Don't avoid the Santa Barbara Shellfish Company, the little shack with all the live crabs and lobsters in the tanks in the windows at the end of the pier, just because it's on the pier. Push past the tourists, grab a stool and order a crab for two or the cioppino. It's the only way to end a weekend.