Fall is a time for restaurant openings. Lots of them. Restaurateurs will tease and taunt us with their grand plans. Consider this the intel to keep abreast of it all. Obsess if you must. 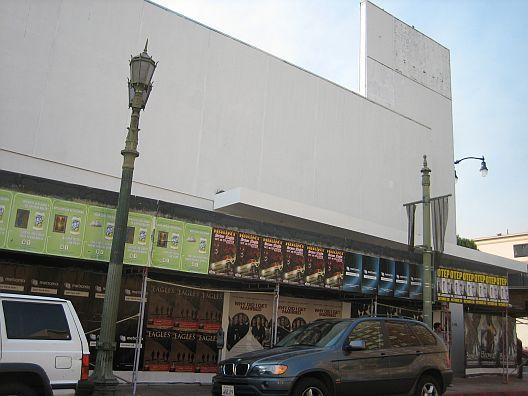 In the Hollywood neighborhood today, we poked around the forthcoming Beso to find lots of activity, but still a whole of nothing close to a finished restaurant, especially one supposedly opening in October. Of course, that's what Todd English told Nation's Restaurant News. He's obviously never tussled with the Los Angeles building department before, so always assume at least two to three months more than whatever date, even the most generous ones, that any restaurateur gives. 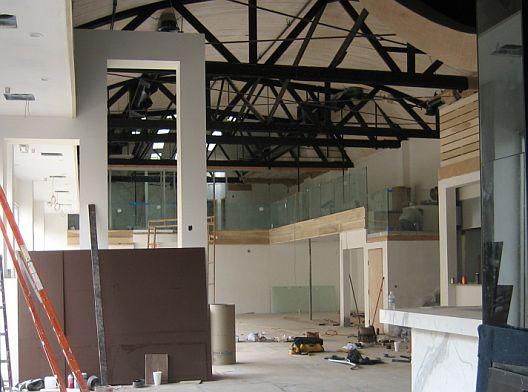 As seen in August, just add a few more people walking around and some porcelain thrones awaiting a home towards the back, and you get how it looked today.

At AWFF, the crew at English's Olives table said Beso would open "in about six weeks or so," which puts the project squarely in December. Through the rumor mill, we hear there are still a lot of conflicting voices over design and concept, which always puts a dent in a timeline. There were more than workmen meeting in the space today, and one person we spoke to told us very little ("I don't know even know if this is going to be a restaurant."). The interior pretty much looks the way it did in August, but note the first coat of primer on the exterior. Definitely December or beyond.
· Hollywood Progress Report: Beso [~ELA~]
· Todd English and Eva's Beso in October [~ELA~]
· Breaking: Eva Longoria and Todd English Together [~ELA~]