Oh, the Plywood Report is looking very fresh today. Might we suggest grilled, medium rare, sans sauce? Don't forget to hit the tip jar on your way out. Thank you. Come again. 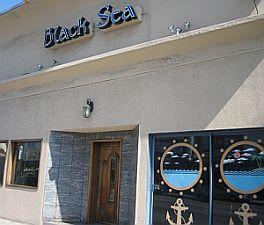 FAIRFAX DISTRICT: We finally caught up with Larry Rudolph, former manager at Dominick's, who confirmed our fancy-footwork track-down about the forthcoming Mec Restaurant et Bar, his French bistro in the former Black Sea space. He says things are moving along but not much to tell yet: "Designing with architects, digging my very high ceilings." Don't expect moules frites on that block any time soon; we'll guesstimate at least January or February. Isn't it ironic that "mec" means "dude" in French, and it's right across from the Food Dudes space? Let's just call it Dude Avenue. [Eaterwire]

CALABASAS: The Brentwood bakery SusieCakes is multiplying. The second outpost will be on Calabasas Road in the courtyard mall across from The Commons, and will probably open early December. Cupcakes, puddings and molasses snap cookies, just in time for the holidays. Another will open somewhere in Newport Beach, probably in the spring. [Eaterwire]

DOWNTOWN: The Vero lofts in the City West neighborhood (just west of the 110) are getting some dining outlets to call their own: Yogurberry, Subway, a Japanese quick-serve Mitaki Sushi, and possibly a Famima! and a Korean bakery are all taking up retail space in the building. What will open first? Frozen yogurt, natch, in December. [Angelenic] 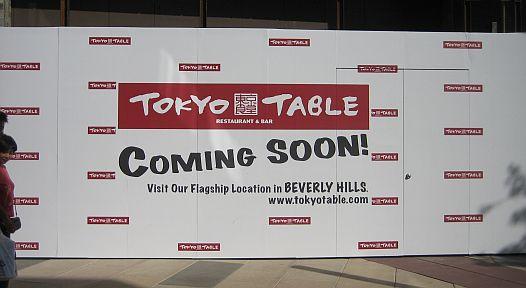 ARCADIA: Since we saw our first holiday shopping commercial last night (Halloween!), this seemed appropriate. We recently happened by this Tokyo Table Ply at the Westfield Santa Anita mall, a second outpost for the Hawaiian chain that openedon La Cienega last year. According to a mall concierge, it might open in December before the holidays; shame if they had to miss that rush. Can't for the life remember what was there, but the restaurants in that corner always seem empty because the food court is right inside. We also noted a Cheesecake Factory (replaced something about a year ago), and another full-service restaurant looks like its having some work done. [Eaterwire]