Fall is a time for restaurant openings. Lots of them. Restaurateurs will make promises, excite us, with their grand plans. Consider this here the intel you need to keep abreast of it all—and start obsessing at just the right moment. 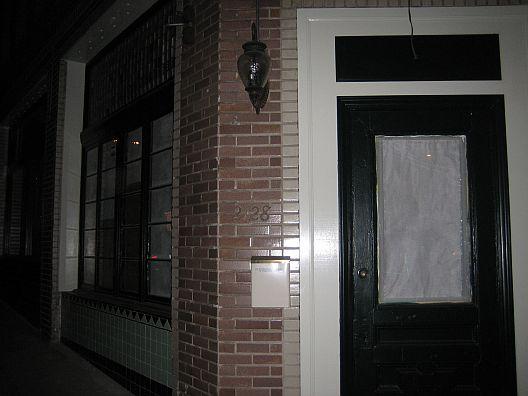 It's hard to pin down when Little Dom's will actually open in the fomer La Belle Epoque space, but this snap arrived in the inbox with a query. Time to revisit. Warner Ebbink said May; chef and co-owner Brandon Boudet was optimistic with his August projection. Then it went to fall, all the way Thanksgiving. We assume that behind those perfectly covered windows, there's still work to be done. This is Ebbink and Boudet's offshoot of Dominick's; Little Dom's being more neighborhoody (open all day), still with the Italian menu, plus pizzas and a deli. The liquor license announcement is still the window, building permits are still pending. We toyed with the idea that Little Dom's would debut by mid-December (our exact words: "two weeks after Thanksgiving"), but even that sounds too positive. We'll turn this one right over to the Winter Tracking Report.