Eater Inside: The Green Door

Share All sharing options for: Eater Inside: The Green Door

The way it sounds in the LAT today, there's little about the Green Door that's enticing---the door guy who says "either you belong here or you don't" sounds particularly douchey---but then we see what it looks like inside and actually find ourselves wanting to be on that list. That's just not right. This was the short-lived Sideways Lounge and Sterling Steakhouse before that, neither of which worked for owner Chris Breed. So he partnered with former Tropicana Bar manager Johnny Zander who turned the place into a French salon-inspired club, one with velvet chairs, antique lamps, settees, and nooks filled with...books? The menu doesn't sound half bad (truffle mac and cheese, steak frites, dessert crepes and more), but food is obviously not the Green Door's raison d'etre. Allowing you to line the velvet rope, battle the gatekeeper and scream, "But I'm a producer!" is. 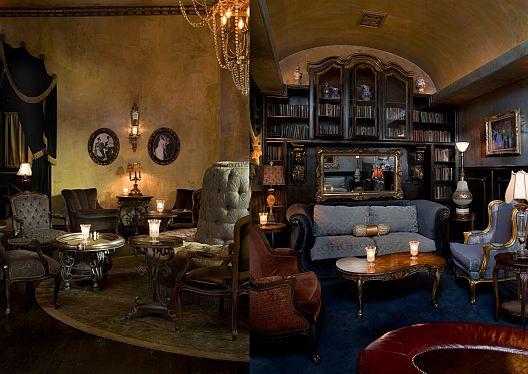 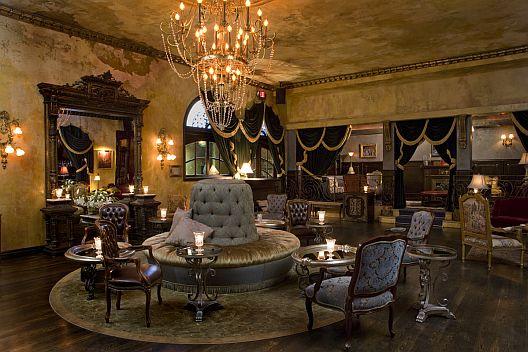 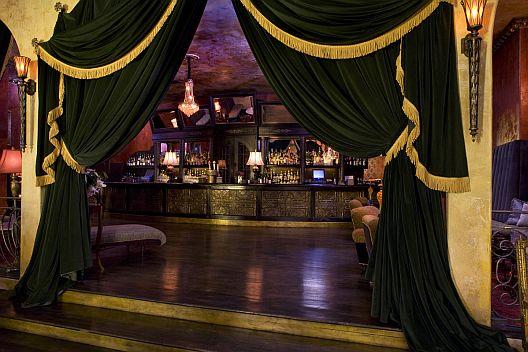