Whether publicity stunts or sincere helping hands, restaurants and bars all over town are starting to offer deals for WGA card holders. If the writers are on strike, they aren't spending money; and if no one's making money, no one's spending it on food. Unless it's cheap. 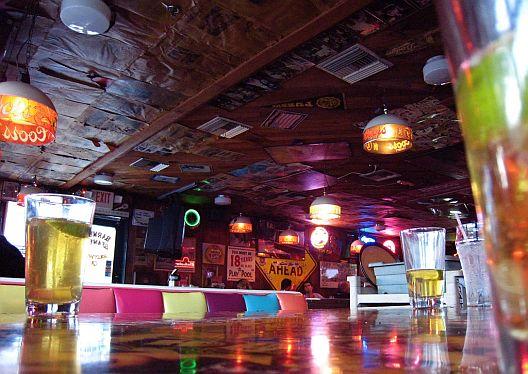 BARNEY'S BEANERY: The original West Hollywood location offers a free bowl of chili and a free glass of draft beer to any WGA card holders "who want to take a break from the picket lines." The offer is good any day, any time until the strike ends. Chili and beer: Just try walking a straight circle after that. [8447 Santa Monica Blvd, 323.654.2287]

RED PEARL KITCHEN: The Goodell's are offering 25% off entire check to any card-carrying writer for the rest of the year. You know, to get you through the holidays. New chef, good will: They're really trying to get off the Deathwatch, aren't they? [6703 Melrose Ave, 323.525.1415]

What about those affected that aren't WGA members? Not the producer fat-cat types, but the assistants and other low-totem pole types who don't make as much as the writers to begin with? Do they get to take advantage of these deals? Just asking.