By the looks of the following snaps, Father's Office II in Culver City has a long way to go. Once a tentative fall debut, FO owner Sang Yoon now says there's "not a chance in hell" it will open in November. He's elusive with details, just that it "won't happen this month." FO II will be a much larger space than the original (note how freakin' big that Plywood is), with indoor and outdoor seating, the burger, the beer, the wine, plus artisanal spirits, but only the way Yoon wants you to drink them. Basically, if it ain't on the menu, don't ask. The original's rules still apply: No reservations, first come-first serve seating, and no ketchup. There's still a massive amount of work to be done, but there is a "we're hiring" sign hanging on the Ply, so progress is being made. We estimate December, but January seems more realistic. 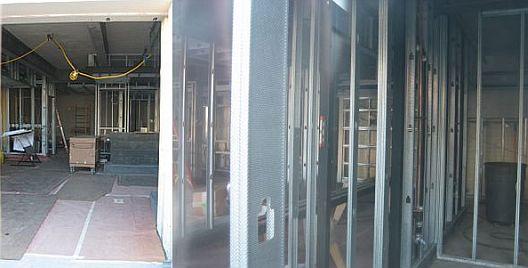