The Doheny: If You Can Afford It, You Know About It

Share All sharing options for: The Doheny: If You Can Afford It, You Know About It

Remember Cedd Moses' private downtown club, The Doheny? Above, the rules for those who actually get in; flip through to the next page, and you'll see why the majority of LA won't be going. Let's just say this: First year "initiation fee" is $2,175, and that's before the annual membership. Peanuts, people. LAist found Moses passing out applications last night at his whisky bar, Seven Grand. Is that where people with who can afford the $4,950 annual membership fee hang out? We obviously go to the wrong bars. He's still mum on the private club's location, but we're pretty sure we figured it out. 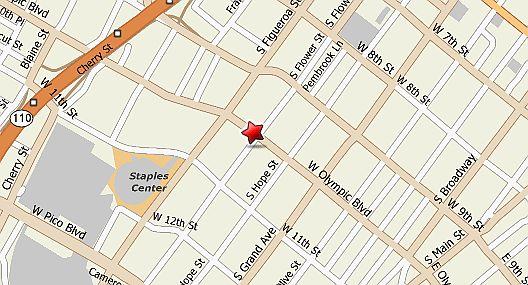 Call it a hunch, but we'll venture that The Doheny is at 714 West Olympic Boulevard, just a couple blocks from Staples. Moses' 213 has had their hands on this location for awhile, and it's currently awaiting a liquor license. Both good signs. 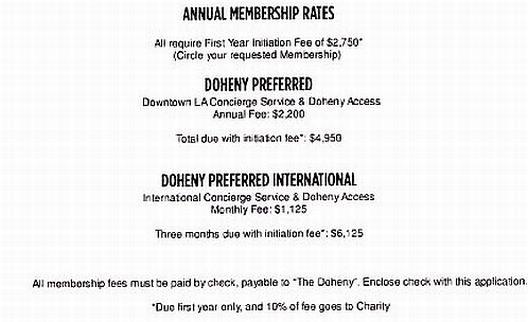 Not a good sign: Having to use a the fingerprint scan to get in, as cool as that is, but you will need to submit a photo, preferably yours.
· Next for Cedd Moses: The Doheny Downtown [~ELA~]
· Eaterwire: Cedd Moses Tightens Security [~ELA~]
· Inside LA's Most Exclusive Bar's Application [LAist]