We stumbled upon Joe Miller's forthcoming Bar Pintxo in Santa Monica today, and it's as taut as an almond-stuffed olive ready to burst. They should be firing up the stoves today or tomorrow, and maybe even hold initial tastings this weekend. It was suggested that they could quite possibly soft open next week, which would only be about two weeks past the projected date. Not confirmed, and to be fair, they need to get those brand spanking new stoves greased up a little first. 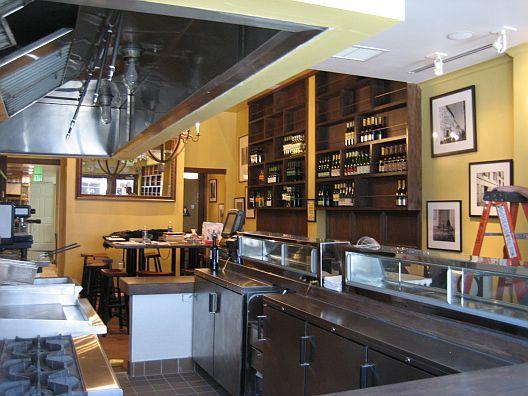 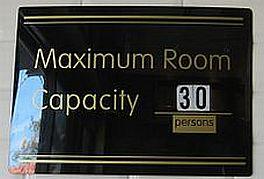 It's the teensiest of spaces, with a bar (actually, it's the kitchen) right in front, and it won't have stools---standing only. Some high tables and stools in the back, though, and probably room for a couple two tops out front. Here's a look at a preview menu again, with plans to add more and more as the days go on. And, yes, that is the capacity.
· Fall Trackign Report: Bar Pintxo [~ELA~]
· Plywood Special Report: Joe Miller's Bar Pintxo [~ELA~]