Share All sharing options for: Eater Inside: Kula Sushi Bistro

Kula opened softly at the end of November, taking over the former Aphrodisiac in Century City. The owners were pretty on target with the dates, too; apparently they have more than 180 restaurants in Japan (we have no idea what they are), so dealing with the city of Los Angeles was a breeze. The space is quite large---the lounge is filled with ottomans and TVs showing Japanese films, the sunken dining room and several private areas showcase Japanese art. Low banquettes, high-backed chairs, slate floor. Streamlined. According to the website, the menu is a mix of "authentic sushi and contemporary izakaya," so small plates, and touts fresh and organic, no preservatives or additives, with fish flown in from Japan as well as use of lcoal ingredients. For more reading, some early breadcrumbs here and here. 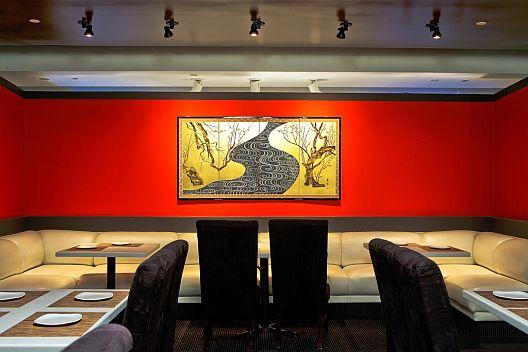 One of the private areas 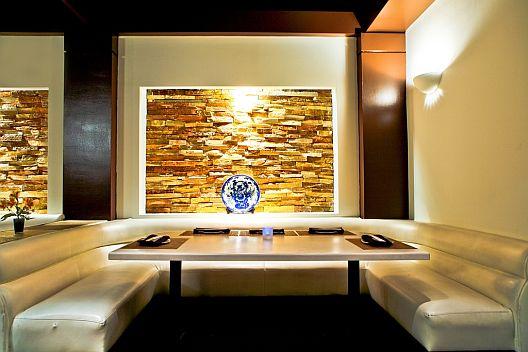