Share All sharing options for: Super Plywood: Americana at Brand vs. L.A. Live

Two huge developments will open in 2008, bringing forth a slew of new eateries. Some are local companies opening second, third or 575th location; others are national chains; few are independently owned originals. Here are the most updated lists thus far. 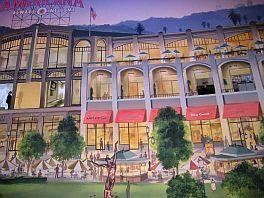 AMERICANA AT BRAND: Rick Caruso is bringing the Grove to Glendale, and after a well-publicized fight with the Glendale Galleria over, of all things, a Cheesecake Factory, we'll have that and much, much more. There's the obligatory Pinkberry, plus SBE's third (and largest) Katsuya. Beverly Hills' Frida Mexican Cuisine will have an outpost. A second location of Granville Cafe will open; the first debuted in downtown Burbank in 2006. And according to East of the 5, Brunello Ristorante Italiano, "a white tablecloth, authentic Italian cuisine featuring delicious pastas, seafood and regional specialties," which may be from Northern California. And it's rumored that Caruso, who owns Whisper Lounge at the Grove, might open another concept. According to some of the restaurants, they're looking at April/May 2008 openings. 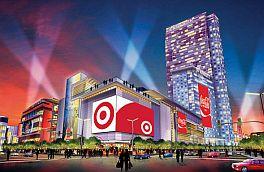 L.A. LIVE: In contrast, expect splashier, bigger, tourist-friendly restaurants and nightlife at the mega-entertainment-convention complex downtown. There's something very Vegas about it. A ginormous ESPN Zone, with telecast facilities, is an anchor. SBE plants another Katsuya (and an S Bar?) here. Others include: The Yard House (classic rock, beer, glorified bar food); The fourth location for The Farm of Beverly Hills; Rosa Mexicano, an "upscale" Mexican chain orginally from New York; a Fleming's Steakhouse, so all the chain steakhouse restaurants will be represented downtown; and there's an unnamed Wolfgang Puck concept planned, but no one knows what the concept is yet. The Conga Room, which closed its Wilshire location in June 2006, plans a "cevicheria and gourmet taco bar concept" paired with a 1,000-person-capacity live entertainment venue/dance club. And another Lucky Strikes Lanes will open. The restaurant phase of L.A. Live is expected to debut in September/October 2008.