Just as the New Year brings new restaurants, the end of the year often signifies the end of the road for many businesses. Here then, a Shutter Report. See something open or close nearby? The tipline is always open. 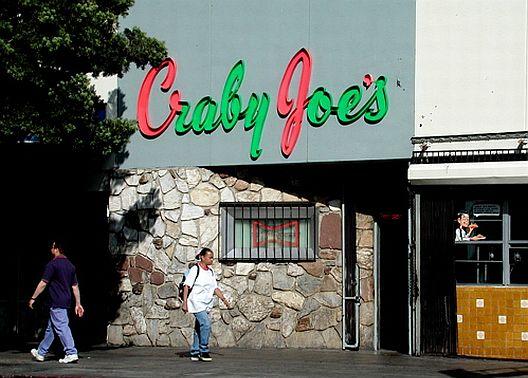 DOWNTOWN: That "diveyest of dives, the holiest of holes-in-the-wall," Craby Joe's closed its doors on Christmas Eve. From a press release: "Craby Joe's has served as a watering hole to John Fante, Charles Bukowski, and many other great souls who drew from this well of characters and atmosphere from the wrong side of the tracks. Its now-dead neon sign blinked gaily in the opening credits for Barfly, and its pickled eggs were the day's only protein for too many. [Metroblogging LA; Franklin Avenue]

CULVER CITY: Everyone has their favorite neighborhood sushi spot, and for those of you in the CC, Otom Sushi will no longer be one of them. Owner Katsu will close after December 31, but wants to open something else in a few months. [LAist]

WEST HOLLYWOOD: Morton's finally shuttered for good on December 22. Everything in the restaurant was up for sale beginning this week, but we hear it's down to liquor, wine, glasses and such. The Soho House takes control of the space in January. [~ELA~]

NORTH HOLLYWOOD: Around since the early '50s, Sirloin Burger is "locked and phone disconnected," reports Charles Perry. The sign had a cross-eyed chef, it served fried chicken and spaghetti, but the charcoal burger with onions and Thousand Island dressing was its calling card. [Daily Dish]