Year in Eater: Biggest Surprises in 2007

Share All sharing options for: Year in Eater: Biggest Surprises in 2007

To close out 2007, Eater LA once again invited many of our favorite food correspondents to join us in assessing the year's best eats, biggest surprises, and favorite neighborhoods for dining out. We celebrated the Meals of the Year, Best Standby Restaurants, and now the year's Biggest Surprises. 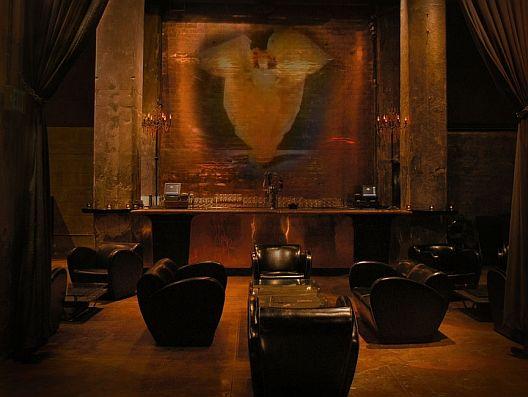 The Edison rocks it downtown

Jonathan Gold, LA Weekly: Bin 8945. It manifests every warning sign of a hideous restaurant, except that the cooking, service and wine happen to be really, really good.

David Haskell, Bin 8945: How many places opened. WOW and how similar they all are. Italian Italian STEAK STEAK.

Pat Saperstein, Eating L.A.: The resurgence of Jitlada's wonderful Thai food and the strength of Thai food in the city in general, despite a general lack of interest among foodies.

Lonny Pugh, UrbanDaddy LA: The Mediterranean pizza at Vito's. It was like I'd never actually had real pizza before.

Jiyeon Yoo, Metromix: There are 365 days in the year, yet two of the biggest, buzziest restaurants ended up opening on the very same day--and on Friday the 13th, no less. With that, 11 pm reservations is still your only option at the Pizzeria, and that doesn't guarantee you won't be waiting another half-hour to be seated.

Jeff Miller, Thrillist LA: That burger at Comme Ca. I dream about it now.

Marissa Gluck, Curbed: the rise of decent Gastropubs like Village Idiot and Bar Marmont. yes, even bar marmont can be considered a gastropub with its new chef. about time it hit the west coast. also, much better cocktails all of the sudden.

Lesley, Eater LA: Trends surprised me. 1) That people still think Pinkberry is a viable food source and it continues to grow and ooze. 2) That carbs are making a fabulous delicious comeback in LA, i.e. all the bakeries, cupcakeries, dessert spots. 3) That sustainability is just now a buzz-word.

Let us know your biggest surprises in comments!