The only appropriate way to shut down the old year is by looking ahead to the next. We had some highly anticipated restaurants in 2007, and by the looks of this Plywood, 2008 will not disappoint. We revisited the celebrity chef and New York invasion expected in the new year, and now for the local heroes, sung and unsung. Know of something about to sprout in your part of town? Feel free to toss it in our tip jar. 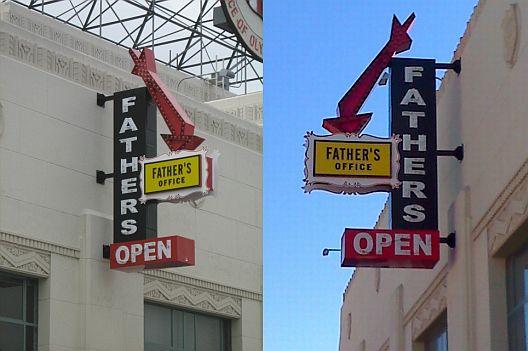 The Local Heroes
We're still awaiting LA Mill in Silver Lake, but hope for January. Construction delays continue to keep us from our Father's Office burger in Culver City. Akasha Richmond's eco-friendly Akasha will probably open way before FO II. Alain Giraud and Co. may not have a name for the new Santa Monica brasserie, but it should be here Q1. A second outpost of Buddha's Belly is expected in the same neighborhood in January. Century City lucks out again: Suzanne Tracht will open a noodle restaurant, Suzpreez maybe by summer. And Susan Feniger plans Street, an "international street food" concept in the former Dive space on Highland.

Speaking of Hollywood?
Yealang Smith's Soul, George Abou-Doud's Delancey and Mission, Jimmy Shaw's Loteria Grill, and The Farmer's Kitchen will hit the neighborhood throughout the year. And then there's that whole Michel Richard return at Social.

Downtown Explosion
So many planned, so little time: Tranquilty Base, Oh!, BottleRock, Steven Arroyo's Church & State, Bridge Tavern and many more on the way. Not to mention those at L.A. Live by next fall. Cedd Moses' 213 Ventures will reopen Cole's with menu help from Grace's Neal Fraser, plus the $4950-per-year membership-only Doheny. And hopes are high for a new home for La Fonda's mariachis in the Eastern building.
· Super Plywood Report: More Celebrity Chefs in 2008 [~ELA~]