Share All sharing options for: The Dish: Little Flower Candy Co. in the Dena, Café Muse, Central, Goa in Hollywood, Mode (No, Really)

Bad economy? Writers strike fallout? Pfft. New restaurants are popping up all over Los Angeles at an alarming rate. See something open in your 'hood? Drop us a line. 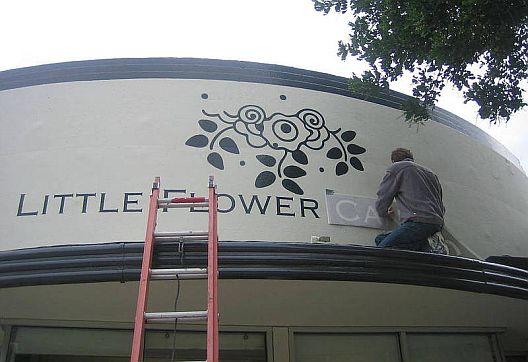 Photo from the Daily Dish

PASADENA: Christine Moore, the woman who makes those delicious salt caramels and homemade marshmallows (the coffee marshes for hot chocolate are to die) for the Little Flower Candy Co. was on maternity leave for awhile and then lost the lease to her Hollywood kitchen. But this weekend, she opens a Little Flower Candy Co. shop in the former Bee's Knees Bakery on that stretch of Colorado Boulevard between Orange Grove and Eagle Rock (just west of the historic bridge). She told the Daily Dish: "It'll be a super soft, almost underground opening." Unless some crazy blogger gets a hold of the news. The shop opens tomorrow, Saturday, 7am. [1424 W. Colorado Blvd., 626.304.4800]

DOWNTOWN: Should you actually care anymore, Mode supposedly officially opened this week?.for dinner only. We've heard this one before, so call before you go. Opens at 7pm every day, and hopefully will add lunch sometime down the road. So much for 24/7. [916 S. Olive St., 213.627.4888] 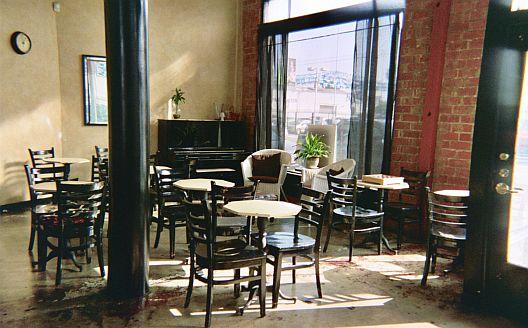 HOLLYWOOD: Jennifer Ritchkoff emailed to say her Café Muse officially opened this week. Muse features organic, veg and veg-friendly café fare for breakfast, lunch, late-night' plus entertainment (everything from jazz to spoken word to cabaret), and rotating local artwork. Lots of pretty pictures and the menu can be found on the website. [6547 Santa Monica Blvd., 323.464.6873]

HOLLYWOOD: Ah, that busy busy Shereen Arazm just can't sit still. She, along with partners Alan Moore and Pantera Sarah, will open Central in the former Rokbar space (she bought the former Tommy Lee-owned bar months ago). The group is positioning the lounge as a partner to Parc around the corner (Central Parc?get it?) and has a similar design by Tracie Butler. Parc's food will be on offer for those who reserved table service, if we're reading this press release correctly. This opening is on the heels of Arazm's Italian restaurant, Terroni's, immediate success. Girl knows what she's doing. Opens Saturday December 8, and then Wed-Sat after. [1710 N. Las Palmas Blvd.]

HOLLYWOOD: UrbanDaddy says that the Adolfo Suaya and Michael Sutton Indian/Persian/Asian-themed Goa opens this Saturday, but they say "to the public," which in this case means only if you're on Hollywood heavyweight promoter Sutton's list. The resto-lounge will open Thursdays and Saturdays first and then?what? There's a sushi menu, if there wasn’t enough to confuse you. [1615 N. Cahuenga Blvd.]