Deals & Steals: The Donald Wants You

Share All sharing options for: Deals & Steals: The Donald Wants You

Today we bring you a new column featuring the best Deals we spot around town, and some of the biggest Steals, which are usually disguised as deals until we unmask them for what they really are. See something noteworthy out there? You know what to do. 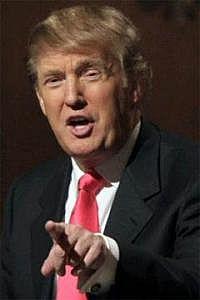 The Deal: Here we have an intriguing prix fixe special from none other than gazillionaire supreme, Donald Trump. Every Monday at Cafe Pacific, in his oceanside Trump National Golf Course in Palos Verdes, there's a three-course menu with wine pairings for $36. If the Donald were to tell you about it, he would say that this is the best deal, in any restaurant, in any city, anywhere. Ok, hyperbole aside, it's not a bad deal--the menu changes every week, and there's a lot of seasonality and fresh ingredients.

Why It Works: You can barely get a steak at Cut for less than $40 let alone an entire meal plus wines. Not that we're saying the food at Trump's is of the same caliber as Wolfgang Puck's, but according to an Eater LA operative, chef Kevin Aidukas puts out good quality food in good quantity, with not-too-shabby wines to accompany it. We can almost hear an Apprentice-like mantra in there somewhere: You gotta lose money to make money, and Trump is obviously willing to let the food costs go to get people in the door. (For the record, when a restaurant tries this after two years of stumbling business, we'd say it's a surefire Deathwatch.)

The Catch: No real gimmicks to this one. But if your server makes a mistake, we suggest looking her dead in the eye and saying, "You're fired." Snake-like hand movement optional. Who could tire of that? 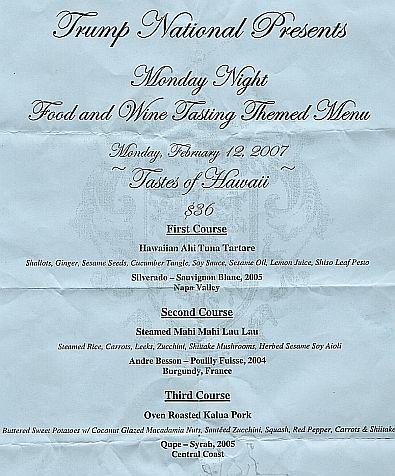