The Yogurt Wars Part II: Red Mango vs. Pinkberry, a Study in Pictures

Share All sharing options for: The Yogurt Wars Part II: Red Mango vs. Pinkberry, a Study in Pictures

The debate about who originated the spate of frozen yogurt shops and where continues: Was Red Mango or Iceberry first in Korea? Did Kiwiberry copy Pinkberry in LA? Did LA's Pinkberry copy Korea's Red Mango? It's a big messy vortex of frozen yogurt. We know that Pinkberry was first in LA, and its well-known no-photography rule was supposed to keep imitators at bay. Or was it to keep its own origins a secret? Pinkberry has neither admitted nor denied its similarities to Red Mango, but the media has made the connection. Taking it a step further, we paired images of a Red Mango with pictures of various Pinkberries in LA and NY. Decide for yourself.

First, the logos. The red circle with lowercase name to the right. Interestingly enough, above is Red Mango's new logo.

Pinkberry (left) and Red Mango both use writing on the glass-covered walls and windows. (Pinkberry photo: Flickr) 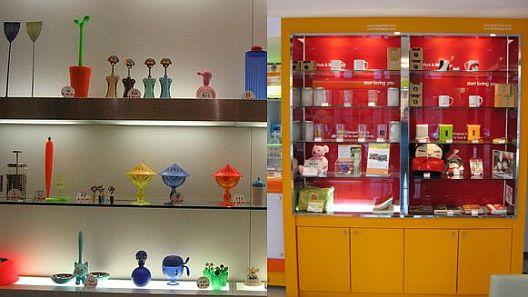 The websites open in similar ways: Pinkberry's swirl on the left; Red Mango's hearts and flowers on the right.

· The Yogurt Wars Part I: Red Mango Opens in May [Eater LA]

Can a Booze-Free Bottle Shop Change the Way Angelenos Think About Drinking?

West Hollywood Proposes $17.64 Minimum Wage for All Workers Beginning in 2022

Roman Food Is Invading LA, and Next Up Is Echo Park

Cajun seafood with a Filipino twist in Carson, ocean front dining in Long Beach, and more