StarWatch: Justin & Scarlett at Parc, Reese at Ammo, Mick at The Grill, and MORE!

Share All sharing options for: StarWatch: Justin & Scarlett at Parc, Reese at Ammo, Mick at The Grill, and MORE!

Celebrities need to eat---even if they pretend to---and we like watching them. Here's this week's StarWatch, our look at who's noshing where. See a starlet stuff her face? The tip lines are officially open.

PARC: It's brand new and already attracting a bevy of A thru C-listers. LA.com reports that Scarlett J., Justin T., Ryan Phillipe and others were at the opening party in Hollywood last weekend. An Eater dined next to Tyra Banks & Co. on opening night, too. [StarWatch Inbox] 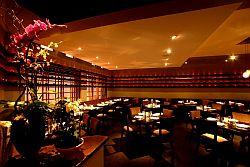 CELADON: Tyra's been making the rounds. A spy saw her waiting on a friend here on Third Street. "She came in by herself and was later joined by a female friend who also looked like a model... I was trying not to stare but they seemed to be having a great time." [StarWatch Inbox]

CAFFE PRIMO: Coffee and gelato attracts celebs like bees to honey. Recently at the Sunset Strip spot---Jeremy Piven stopped in last week for tea and sorbetto. Marisa Tomei was in with a friend, noshed on a prosciutto panini, sipped on chamomile tea. Ray Liotta had an espresso. Hunky Daniel Craig stopped for a latte. [StarWatch Inbox]

AMMO: Reader Tom recently dined next to Reese Witherspoon at the unexpected Industry favorite. "She looked great. Very casually dressed, not much makeup, hair pulled back. Ate with a female friend. Just the two of them. Don't know what she ate. She is five foot nothing, but really pretty in person." [StarWatch Inbox] 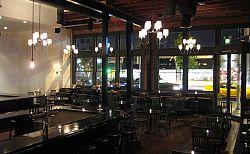 THE VILLAGE IDIOT: A SNL alum would fancy a place called the Village Idiot, no? Last Saturday Rachel Dratch was having a really good time with a small group of friends. "She's absolutely TINY." [Defamer]

THE GRILL: Crooner David Crosby greeted Mick Jagger, "who looked f*cking sexy and very respectable," as the Rolling Stone had lunch with a bunch of suits last week. [Defamer]

KATE MANTILINI: The new supercouple Djimon Housou and Kimora Lee Simmons, "who are together 13 feet tall," was in last Saturday. [Defamer]

THE LODGE: Not together, though that would be interesting: Eddie Murphy with new gf and Hugh Laurie were seen at the Beverly Hills steakhouse. [E! Online]