StarWatch: The Vortex of Celebrity at Cut, Marky Mark at Matsuhisa, Who's Parking at Parc, and MORE!

Share All sharing options for: StarWatch: The Vortex of Celebrity at Cut, Marky Mark at Matsuhisa, Who's Parking at Parc, and MORE!

Welcome back to the StarWatch where we unmask celebrities for the eaters they really are. This week: There's a lot of steak, and a lot of sushi, and little in between. See a starlet stuff her face...or pretend to? Let's hear it. 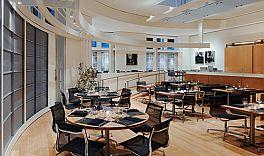 CUT: Just how many celebs can you fit into one steakhouse? In one sitting, an onlooker spotted Mark Wahlberg, Tom Ford, Chris O'Donnell, Isla Fisher, and Courteney Cox. Even Wolfie himself made an appearance. [Defamer]

PARC: We sotted Nick and Drew Lachey celebrating a birthday at this Hollywood newcomer earlier this week. Recently, BFF's Matthew McConaughey and Lance Armstrong were there; one erratically danced his carb-filled Ago dinner off, and the other embarrassedly looked away. Guess who did what. [People]

PATRICK'S ROADHOUSE: Her show might be tanking, but Courteney Cox is getting out a lot these days. Last Sunday, someone spotted her at the cas Santa Monica spot with Coco and friend Laura Dern. [Defamer]

THE LODGE: Everyone's doing steak these days. Halle Berry and boyfriend were spotted dining at the lodge-themed resto. [Planet Gossip] 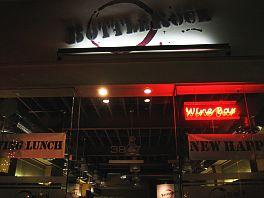 BOTTLEROCK: Last Saturday, Sandra Oh got "sideways" (sorry?) with Elisa Donovan (Amber from Clueless) and a few others. [Defamer]

MUSHA: Another day, another star eating sushi. The "ridiculously hot looking Luke Wilson was at this Santa Monica spot on Sunday. [Defamer]

IVY AT THE SHORE: A couple Sundays ago, The Governator and his family had post-church brunch in Santa Monica. [Defamer]