We're a couple days behind (thank you, DVR!), but it's time to check in with local Hell's Kitchen contestant Bonnie Muirhead to recap the last couple of weeks. Chat rooms were filled with talk about her underwear moment in week 2, and this week she proves that scallops aren't really her forte. And although the girl team won a breakfast challenge (thanks to professional hash-slinger Julia), and had a private lunch with chef Ramsay, they faltered at night. One chef grabbed pasta out of the garbage bin, a few others nominated the only woman who held them together that week for elimination, and another just couldn't take the heat. The cohesiveness they finally found as a team is starting to wear thin, as is Miss Bonnie's confidence, who's getting tired of being thought of as just "a nanny." For the boys, all we can say is thank goodness someone finally took the crying Asian cowboy to the hospital. It was just painful to watch. Now, without further ado, heeeeere's Bonnie. 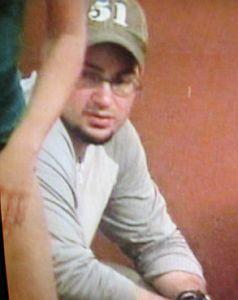 First we have to ask: What was with the skivvies last week?
When I saw it, my jaw dropped. I could not believe they used that. Even my friends were like, "What were you doing?" But everything happens out of context. Here's what happened: You couldn't tamper with the AC, and it was hot in there, especially with the studio lights on. I was going to sleep in that. We sign things that say we won't hook up with anyone on the show, so to me, there's no pressure. We're all friends. I didn't care. I was literally on my way to bed, and didn't think twice about walking around like that. People think there are cameramen everywhere, but there are just little cameras in the corners, so you forget they're around.

But now that I saw it, I can't believe I was that naïve. The whole Josh thing; I wasn't even thinking. People on the chat boards think I did it on purpose, like it was some tactic. I wish I was that clever. I didn't even look good! Like picking your panties out of your butt is sexy. If you watch the Discovery Channel, you see more than my butt.

The chat rooms and message boards are full of Bonnie haters. Does it bother you?
That's part of this whole thing. I knew going into it that people would say they hate me, but they don't know who I am. My family and friends know me. I just laugh.

Your team won another private lunch with Ramsay. What did you talk about with him?
He pretty much talks and we listen. I think we were all still terrified of him at that point, that we didn't ask much. He talks in riddles and gives hints. He talked about consistency and said if you can do this for breakfast, you can do this for dinner.

How much did you interact with the guys?
I was very close to the guys. We'd have a beer together after service. I think that's why Josh did that to me in the kitchen, and I'm not offended. That same night, I put cookies on their pillows, but of course they don't show that. They show my butt.

We have a soft spot for Julia. The woman's got a way with eggs, and every chef knows if you can't cook an egg, you can't cook. What was your experience with her?
I always thought that if Julia and I were combined, we'd make a great chef. I thought, together, we could win this thing. People talk about me being just a nanny, but I do have a culinary background, I went to culinary school. I have all the product knowledge. Julia has all this skill. Everyone's problem with Julia is that we were all very fast and thinking on our feet. And Julia would come up and ask a lot of questions, and didn't seem to hustle when we were trying to pull out dinner. During prep she needed help with everything. And we'd all have to stop her and tell her how to do it right. But she can really work the line. Once I got in her groove of things---she doesn't get upset, she doesn't freak out, she's very calm---it made me calm. And she makes the best fried chicken I've ever had.

Talk about Jen and the garbage pasta.
To this day she still feels horrible. I don't know where her mindset was. It really shows the pressure of the show, that she actually thought it was a good idea. She really didn't want us to lose. In the heat of the moment, you do stupid things.

Has anyone recognized you yet?
Not really. I talked to Jen and she was like, "Isn't it weird to have people come up to you all the time?" And I was like, "Um, no one comes up to me." I think it's different in LA because everyone's used to seeing big celebrities, so people like me don't matter. Although I was shopping at Gelson's and one guy said, "Didn't I see you crying on that show?" Yeah, that was me.

You're not a crier like Aaron, though, and Ramsay calls you a "barbie" and "dumb blonde" all the time. A teaser for next week shows you breaking down. What happened?
Well going into a show like Hell's Kitchen isn't easy. It got to a point that I really thought, "Why am I here?" When I get frustrated, I cry. You want to please chef Ramsay, you want to win, and when you can't get it right and you don't know why, it's frustrating. And then I realized I'm going to make an ass out of myself on TV. You'll see why I break down.
· Hell's Kitchen Week 2: Bonnie Plays the Girl Card [~ELA~]
· Hell's Kitchen 3 Premieres Tonight: LA's Bonnie Muirhead Takes on Gordon Ramsay [~ELA~]