Before...and...after. Before image from Taste of an LA Addict's farewell to L'Orangerie dinner on Flickr

WEST HOLLYWOOD: The stunning yet staid L'Orangerie is long, long, long gone. Nothing left to see but a wall of plywood and some graffitied "Nobu's" on the fence out front. We snapped this the other night but would love to see the daytime activity (hint, hint). Shawnut oversaw the construction at Nobu 57 in New York and the Nobu in Dallas, so if these images from their website foreshadow what Nobu on La Cienega will look like, expect the total opposite of L'Orangeries frescoes, flowers and French elegance. The Rockwell Group designed Nobu 57, but we're waiting to hear who's doing the new LA location. Hiring began in May, but word is the restaurant will open in August.
· Eater Headhunter: New Nobu on the Prowl [~ELA~] 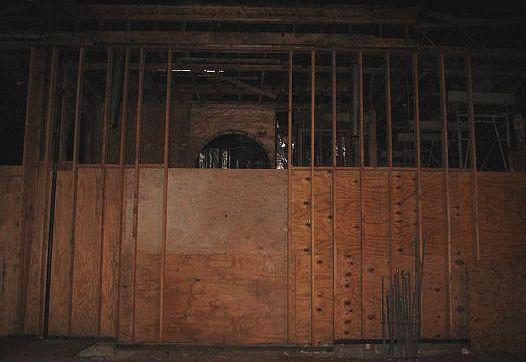 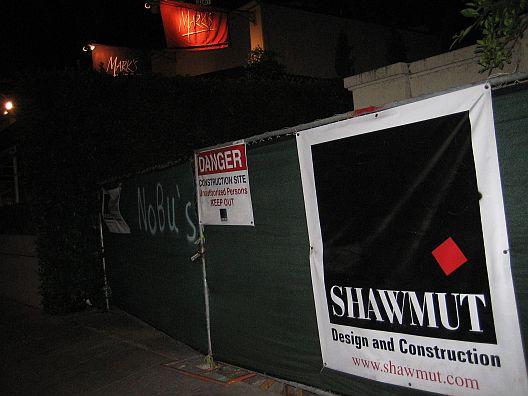