This glistening shiny beacon of all things Tom Colicchio is the new Craft in Century City, situated behind the CAA DeathStar (Craft's address is actually 10100 Constellation Blvd. not 2000 Avenue of the Stars). Coincidentally, about the same time we our operatives snapped this picture, an email hit the inbox saying that Craft's liquor license has been activated. Even when a restaurateur of Colicchio's stature announces a hard date for his first LA debut, suspicions arise. There's nothing 'hard date' about opening a restaurant. But there is a lot of activity going on at Craft, and all the booze ducks are now in a row, so that previously announced July 12 date might actually come to fruition. Clear the calendar, people.
· BREAKING: ColicchioWatch '07: Craft Opens July 12 [~ELA~]
· 2007 Food & Wine Classic in Aspen: The Future of Find Dining [~ELA~] 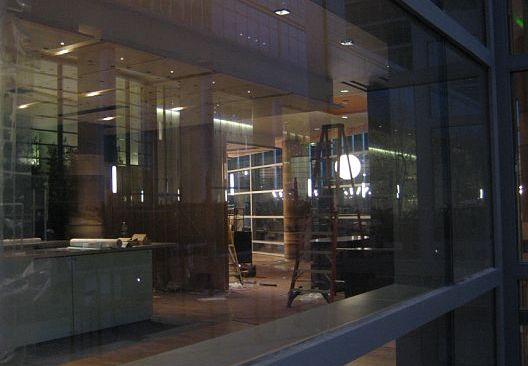 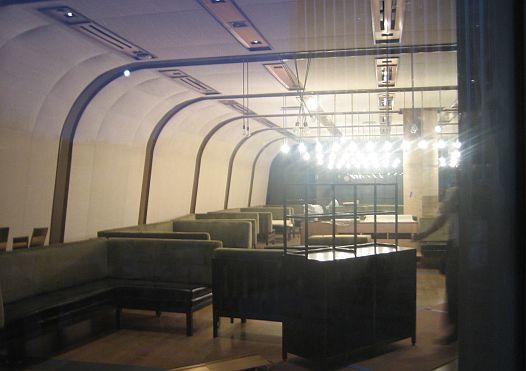 Moving around the enormous outdoor patio---nicely hidden behind bushes so no one can see from the ground, but anyone can see down from those ginormous buildings---we have a shot into the dining room