Share All sharing options for: Eater StarWatch: Batali and REM at Mozza, Jen Aniston at Alcove, Cuba, Luda, and MORE

Here we are, back at the StarWatch table, where we let celebs be the eaters they really are. See a star or starlet stuff their face...or pretend to? Let's hear it. 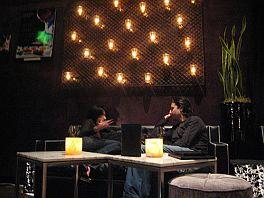 TABLE 8: We're told that Ted Raimi (Sam Raimi's brother, was in Evil Dead, Spiderman) was spotted sitting in the lounge with an age-appropriate reddish haired woman. "They shared a bottle of wine and lots of hugs." We believe this was the night that Caroline on Crack had the same sighting. If not, Raimi must be a fan of purple walls and high prices. [Starwatch Inbox; pic courtesy Caro on Crack]

ALCOVE: Yassata Alert (Yet Another Star Sighting at the Alcove): "'Round 2 PM today (5/30), Jennifer Aniston was having lunch with 2 unidentified female friends. Frankly, she looks tired. Please inform all celebs that from now on they need to stay on their side of Highland." You heard him, celebs. Stay. West. [Starwatch Inbox]

MOZZA: Yeah, Ray Ramono is nice, but there's nothing like seeing the big man himself at his LA restaurant: Mario Batali in all his glory, spotted last week, and and REM, though we weren't told which band members. Anyone see that Iconoclasts on the Sundance channel where Batali and Michael Stipe talked over pizza? Unlikely pair. [Starwatch Inbox]

THE PENTHOUSE: Last weekend, a motley crew paid a visit to this high-rise SM restaurant in one night: Keyshawn Johnson, Cuba Gooding Jr. and Tara Reid. All together? Now that would be a party, no? Cuba can watch our back. [LAT]

MASTRO'S: It took three Escalades to hold all of Ludacris' entourage for a recent dinner at the Beverly Hills steakhouse. Luda! [People]

PRIME GRILL: Another BH Steakhouse, the kosher one, hosted a party for a friend of Kate Bosworth, James Blunt, Leelee Sobieski, and Frankie Muniz, but we never know what friend it was. [LAT]

BLD: It's so casual, it's perfect.Entourage star Kevin Connolly on 5/27, plus Grudge stars Jason Behr and KaDee Strickland. " She looked pretty and younger in person and smiled in a Cool-I-Think-Someone-Recognizes-Me way." [Defamer]

KAY 'N' DAVE'S: Napolean Dynamite star Jon Heder was seen with his family at this Brentwood kid-friendly spot. "He was in full-on dad mode." [Defamer]

PACIFIC DINING CAR: We imagine the downtown 24-hour restaurant sees an interesting mix of people. Last Friday, Vincent Gallo was spotted "looking ever so scraggly." Yeah, that's exactly the kind of person we expect to see there. [Defamer]

ORSO: Not to be confused with an "old man masquerading as Steve Martin," Steve Martin with age-appropriate dinner date (5/23). And seen solo dining at Newsroom Café a week later. [Defamer]