The Beverly Hills Hotel opens its new bar NINETEEEN12 today, and if you can't tell by the spelling of the name, the goal is to bring a hipper, younger crowd to the Pink Palace. Except last night, where Donald Trump, with freshly blonded hair, was the belle of the opening-night ball, but more on that later. First, the bar itself. The hotel did away with the Sunset Tea Lounge and replaced it with a contemporary space far removed from the classic pink-and-green motif. The clubby room is filled with high-back leather chairs, orange velvet couches, wood paneling. The candle holders are similar to the ones at Providence (is it weird that we know that?). Outside is the true gem: rattan chairs and tables line a huge patio overlooking the pool and a garden. Toto, I don't think we're in the Polo Lounge anymore... 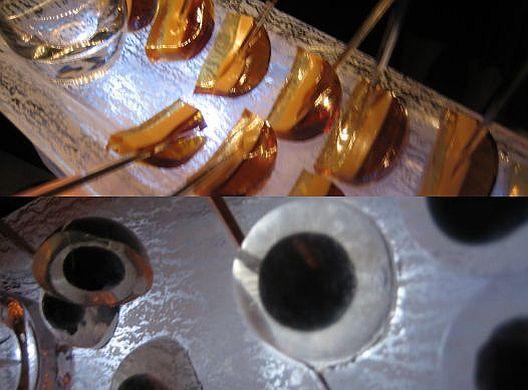 If the kids don't come for the lounge scene, maybe the drink menu will work. They don't have JELL-O shots, but "jelly shots." Last night the slippery little buggers came out on sticks, blueberry martinis, B-52's, mojitos. After a couple glasses of champagne, these were the last thing anyone needed, but the crowd couldn't get enough. While it's fun to eat your alcohol, especially with a dose of fruit and antioxidants, we found them a bit too alcohol-y for our taste. And we're straight-up, two-olive gin martini drinkers. These, as well as martini popsicles and sorbets will remain on the menu. Who knows what they'll come up with when it gets cold. Don't worry, they have the classics, too, served in beautiful custom-designed barware that will most certainly be swiped. 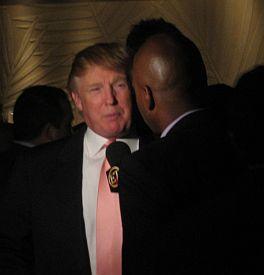 Around 9pm, what looked like a teenage soccer team arrived. Cute, but isn't it odd serving jelly shots to teenagers? We find out it was a real soccer team, England's Chelsea soccer team, which we know nothing about. All we know is that they were hot and didn't have Beckham. Jason Davis, brother of "firecrotch" Brandon, very blonde, walked around in his purble sunglasses the whole time like he was someone famous. He stopped at the table in front of us to ask someone how to work his new iPhone. Dude, no one was impressed. We couldn't hear what Pat O'Brien was saying to one couple, but we could hear that voice from a mile away. And then the Donald. He enters sans Melania, the cameras flew out, everyone wanted to talk to him. After filming a segment for Entertainment Tonight, a tiny girl from some tabloid tried to get him to talk about his show being canceled by NBC, we could barely hear the canned answer he repeated several times, then he moved on. Later, we watched him do laps around the party looking for someone to talk to, or moving so he didn't have to talk to anyone. We didn't hear the word "Rosie" from his lips once.

bar NINETEEN opens today at 5pm. It stays open every day until 2am. Valet is only $5 with validation.