SANTA MONICA: There's pizza, and there's New York-style pizza, and then there's real New York-style pizza. Enter Joe's Pizza, the perennial Top 10 lister, the quintessential NY slice born on Bleecker Street in 1975. It's coming to Broadway and Ocean Avenue this August. Joe Vitale told us he's bringing it to LA because, well, it's needed: He's a little shocked that people (carefully not naming names) are making money off the pizza they sell in this town. But doesn't it take New York water to make real New York pizza? "We'll find out," Joe says. "If it doesn't work, we'll bring the water from New York." Joe's Pizza will open at 111 Broadway (at Ocean Ave.). hopefully around August 15. Could this be the second NY-style pizzeria opening on Ocean Ave. this year? [EaterWire Inbox] 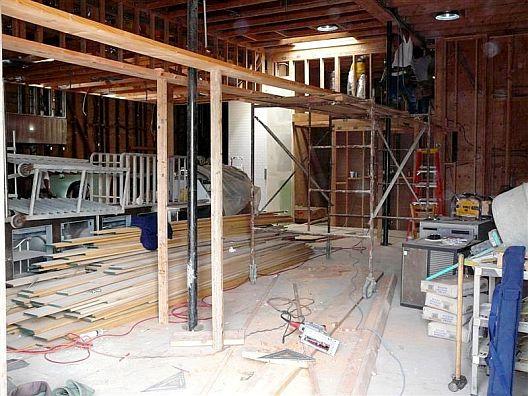 MID-CITY/GROVE: A reader sends in this snap and word about Terroni, the Toronto pizza joint imported by Hollywood nighlife goddess Shereen Arazm: "Living four apartments up from the plywood-that-would-be Terroni on Curson/Beverly, I’ve been practically stalking contractors, plumbers and even the occasional owner trying to nail down an open date – I need my thin-crust pizza! When walking by this morning I was told mid to late August (not July as was previously noted). And from the looks of it (see attached) even that schedule may be generous." Yes, we were told July by Arazm's PR, but the proof is in the picture. [EaterWire Inbox]