So there's the tapas trend, the gastrobub trend, and the Japanese cuisine trend. Put them together and what do you get? The izakaya trend, which just won't let up. Here we have two new ones for you. 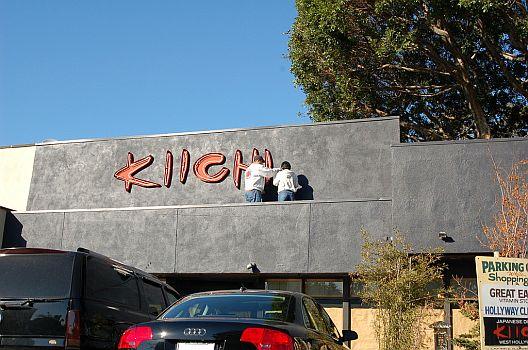 WEST HOLLYWOOD: A reader sent word last week: "Was at Gelsons on Santa Monica Blvd. today and noticed that Kiichi, the restaurant across the street, has a coming soon sign out front. The signage above now reads Izakaya Kiichi, possibly capitalizing on the success of The Izaka-ya by Katsu-ya." Turns out, Kiichi opens tonight, according to manager Taka. He told us the parent company also owns Kitajama in Newport Beach, a Japanese spot that's been around for at least 20 years. After a little more research, we learn that the Eiwa Group---which owns restaurants in Japan and the US---opened "the first truly authentic Japanese restaurant in Little Tokyo," Tokyo Kaikan, "the birthplace of the California roll." Everyone's favorite SM izakaya Musha is also theirs. Kiichi (8351 Santa Monica Blvd.) serves Japanese small plates, has an extensive sake list, plus a gimmick: Order your food, and (they say) you'll have it within five minutes. [EaterWire] 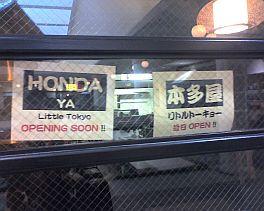 LITTLE TOKYO: Our Curbed sister took a snap of the soon-to-open Honda-Ya in Little Tokyo. Hounds love the one in Tustin. Bloggers love the OC original, too, but we're partial to this piece of advice from We Know More Than Zagat (and really, who doesn't?): "With their little plates ranging from $2.95 - $5.95, it can really add up, and you'll be spending at least $15/person for dinner. BUT SO WORTH IT AND the GAS AND WEAR & TEAR ON YOUR CAR." If only $15 per person was expensive for us. We'd have enough money to buy an island by now. [EaterWire Inbox]