Here we have Nonna, the new West Hollywood cucina in the former Joss space. We're told chef/owner Paolo Giovani opened and ran Il Sole "back when it was still a good restaurant," and he opened the very short-lived Solare in the former Em Bistro space near the Beverly Center. He must feel more at home on the Strip, and even a bit competitive to open so close to his original spot. Nonna's unobtrusive design is easy to swallow, and from an early report, so is the menu. It might not be cutting edge, but Giovani is known for consistency and solid execution, which already gives him a leg up on nearby competition. And then there's that patio. Inviting. 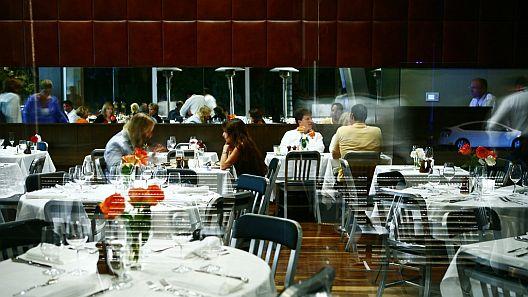