Here's more Plywood Progress Reports to keep you busy this quiet pre-Labor Day week. We'll be using our holiday to wisely cleanse in preparation for the amount of eating we will have to do in September. See something else coming down the pike? You know what to do. 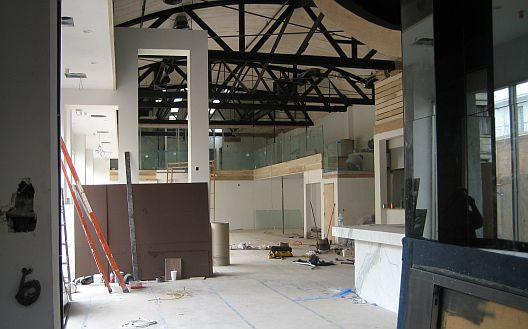 PLYWOOD: The rumored Eva Longoria/Todd English Mexican eatery Beso (Hollywood and Ivar) is still very much under construction, as seen above. It looks like it's coming along, but it's really a huge place with major details to finish. We all knew that July opening wouldn't happen, but remember, that was according to the National Enquirer, not trained Plywood professionals. After many, many, many, many requests, we finally made contact with Todd English's people back east (we thought they would be easier than Eva's) and were politely told: "We don’t have and additional information for you yet. I will keep you updated." [EaterWire]

PLYWOOD: The Bowery owner, George Abou-Daoud, is on a mission: He's going to make Hollywood a neighborhood. Right now it's tourists on one end and hipster or trendy clubs and bars on the other, not much a real nabe, not in the New York sense of the word. Since The Bowery works so well, he currently has five new spots under construction that replicate the vibe but all different design, menus, etc. "I want to be able to hop on my bike and go to all of them," he says. A little east of the Bowery on Sunset he'll open Delancey by late fall, then Mission, then a wine bar concept that isn't named yet; one will open this year and the rest in 2008. [EaterWire] 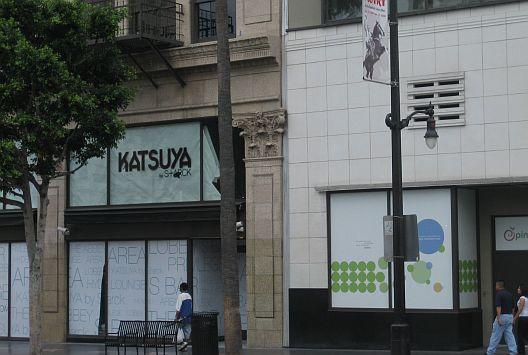 PLYWOOD: A door was open at the Hollywood and Vine Katsuya, naturally we peeked in to see?a lot of drywall. No knives suspended in resin, no floating red kimono, no geisha photos. PR says "late September." We assume that Pinkberry next to it will be on the same timeline. [EaterWire]

PLYWOOD: When we ran into Jimmy Shaw at Taste of the Nation this summer, he said his second Loteria Grill would probably open by early fall. Now we're hearing it won't happen for a few more months. [EaterWire] 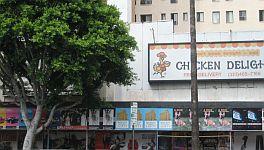 PRE-PLYWOOD: Although construction is currently taking place in the boarded up Chicken Delight and neighboring property, there's still no word on what it's going to be. We know Adolfo Suaya owns it, but that's about it. The Scientology guard standing next door said he thought it was going to be a "sit-down Mexican" spot, but would you trust a Scientology guard? [EaterWire]