WEST HOLLYWOOD: We didn't know Monroe's closed, but the above snap and tip were sent in: "In the former Monroe's (and J. Sloan's) spot on Melrose between La Cienega/San Vicente there's temporary signage for Villa. The biggest problem with this location was always the neighbors: It's a residential area, very quiet at night, with no parking. The space is really small and smokers congregate on the curb. Judging by the font and emblem it already looks cheesy." Another reader wrote in about to say that Monroe's was owned by the same guy who owns Porta Via in Beverly Hills, but doesn't know if he sold the bar. [PLYWOOD]

BEVERLY HILLS: Ads have been placed for managers in the LAT and on Craigslist, so it sounds like the Patina Restaurant Group's Paperfish is right on schedule. Jaochim Splichal told us that the new seafood spot should open in September or October, replacing Maple Drive. [PLYWOOD]

HOLLYWOOD: Jimmy Shaw gave us a few more details about the second Loteria Grill: The restaurant is a few months behind, but there will be a counter like at the Farmers Market location, plus table seating and servers, an open kitchen, full liquor license (he hopes) for beers and good tequila, and a slightly expanded menu but all the favorites from the original. "If it ain't broke, why fix it, you know?" Indeed. To answer the commenter below: Loteria will be in the former Book City space, east of Cherokee on Hollywood Blvd. [PLYWOOD] 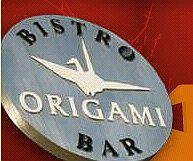 DOWNTOWN: This came in about a new spot in the Douglas building at 3rd and Spring streets: "Noticed the Origami Bistro & Bar sign in the window, asked about it, and found out that they already have one in Valencia on Town Center Drive, and that they along with Ma Petit Bakery & Cafe, Lot 44 Coffee & Tea Bar and an art gallery will all be opening in the ground floor of the building." [PLYWOOD]

LITTLE TOKYO: The expansion continues: "Well, the lamented Grill Lyon is no more, yet its successor, Raku, just received its beer and wine license." Could this be the same Raku on Olympic? [PLYWOOD]