Note to self: Always dine where actor Terrence Howard does. While Los Angeles magazine's Margot Dougherty interviewed the hunky actor over lunch at the Four Seasons, a pesky piece of sushi lodged itself in her throat:

The whole shebang is beyond tooth range. I can’t chew it, can’t move it, can’t swallow it. But the sushi has an intuitive sense of direction and heads south, lodging itself in my gullet. Now I can’t breathe. An ill-considered sip of iced tea adds a drowning element to the incipient asphyxiation. Howard, tipped off perhaps by my bulging eyes and muffled snorts, asks if I’m okay. So do the men at Larry Flynt’s table. It crosses my mind that I’m about to die, and I feel a sudden imperative to expire somewhere less intimate; the hallway seems good. As I get up, Howard does, too, supremely calm. He wraps his arms around me from behind, makes a fist at my solar plexus, and gives two quick tugs. Bingo. I am breathing. Things always work out in the end.

The star never had EMT training; he just watches movies. Dougherty told us that while it did cause some mirth around the office and a tad humiliation, "I'm very grateful that Terrence was paying such close attention to Mrs. Doubtfire and was so gracious about facilitating the exit of the pernicious intruder." [LA Mag] 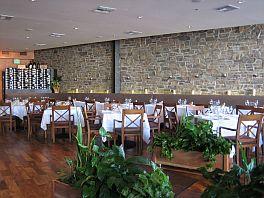 Also in the September issue, restaurant critic Patrick Kuh goes to Fraiche and was made: We're sure Thierry Perez pissed off even more people when, after recognizing the critic, he gave Kuh and his counterpart a prime table. Kuh is very forthcoming about the incident, "Yes, it happens," he says, "But as long as critics pay for what they order, their opinion shouldn’t be compromised." There's little Fraiche and co-owner Jason Travi, "a chef with one foot in the world of artisanl cheese platters and the other planted where cheese is kept in shakers on red-checked tablecloths," can do wrong.

There are times as a critic when I think I cannot describe one more beet salad, when another press kit announcing the use of only the finest farm-fresh ingredients can make me want to run. But then a restaurant like Fraîche opens, and my enthusiasm is renewed. With its laid-back elegance and big-flavored cooking, Fraîche defines an ideal. This is true L.A. dining.

Not surprising, Fraiche doesn't have PR or a press kit. [LA Mag]