Who said being discovered in this town is only for the starlets? We just got off the phone with Yealang Smith, the chef/owner of the forthcoming Soul Hollywood at the historic 7046 Hollywood Boulevard building at Sycamore Avenue. Smith is well-known for her healthy take on soul food: She ran the Soul Folks Cafe downtown for eight years and still feeds hungry production crews with Throw Down Catering. But on a particularly bad day for the chef five years ago, a couple guys went to her cafe for lunch, told the server that they wanted to talk to Smith, and just when she thought they were going to complain, one said, "How can I get this fried chicken in Brentwood?" That guy was Jeff Kreshek from CIM Group, the development firm that owns Hollywood & Highland and a good chunk of Hollywood. That's how the converstation got started, and now Smith will open Soul next summer. Just like that. 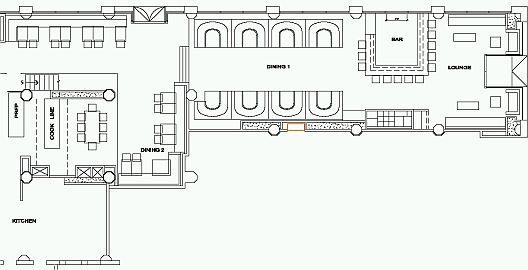 Yealang told us that she loves downtown, but she "loves seeing the Hollywood sign every day." She's excited to serve locals and even the tourists her versions of gumbo, red beans and rice, spaghetti and meatballs, cornbread and other Southern-style fare. Her version = lighter: "We like fried chicken, but we don't need grease running off the plates." Tag Front is designing the 6,000-square-foot space which will have a sunken dining room, lounge, and mezzanine, a big display kitchen and a chef's table. Smith likes to be a part of the show, like it's her home. She even signs off emails and phone conversations with, "Soon to be your personal chef, Yealang." The look will be modern but comfortable, a mix of today and yesterday---"SOUTHERN PLANTATION MEETS FUTURE" is just one of the 54 ways she describes how soul feels. Granted everything moves the way it should, Smith says Soul should open in June 2008.