Share All sharing options for: Eater Inside: Medusa Lounge

When the Lowenbrou Keller closed in September, fans of the teutonic bliss were worried that the decor, designed and built by George Eder, would be razed. Fear not, friends. The people who took over the space gave it a buff and a polish, restored it back to its glory, ranamed it Medusa Lounge and made a few changes. The menu isn't very German any more, although there are a few hints to its past (sausage plate, Spaten and other German beers on tap). It's mostly a mishmash of French, Italian, Californian and Japanese influences, and only served until 10pm. Michael Forsyth, the new GM, plans to do special nights (he feels something Goth is a natural fit for the room) with DJs, etc. Eventually, a new nightclub will be added, taking over some of the parking lot. But the original: It will remain the same. 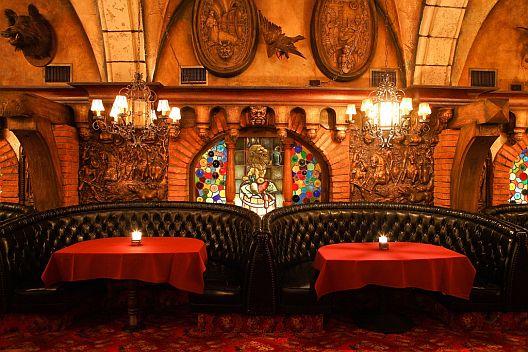 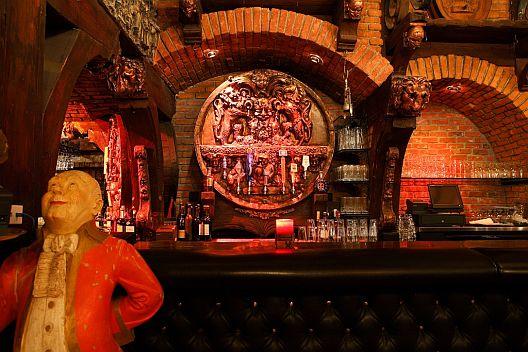