So much Plywood, so little time. See something sprouting in your part of town? Throw on your rain slickers and send it this way. 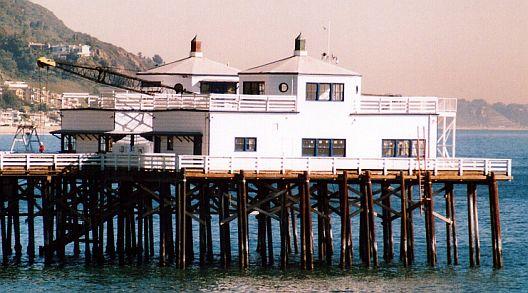 MALIBU: Direct from the OC, the Beachcomber Bar and Restaurant will open on the Malibu pier this year, starting with the bar in the spring. The original is in Crystal Cove in Newport Beach, and this location will offer similar fare (salads, pastas, breakfast, lunch, dinner) and full bar. Later this year another restaurant will open in the former Alice's Restaurant space, and an outpost of Ruby's Shake Shack will open in one of the historic 1940's buildings at the ocean end of the pier. [EaterWire] 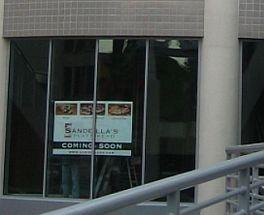 HOLLYWOOD: Now that the Fresh & Easy on Hollywood Boulevard is open and operating, our tipster sends a snap of a forthcoming Sandella's Flatbreads above the grocery but below the LA Fitness. Sandella's is a "fast-casual" chain that originated in Connecticut, and looking at the location list, most of the 125 existing stores are on or near college campuses, so that should give you some idea of what to expect. Pizzas, wraps, "paninis," all made with flatbread. [EaterWire Inbox]