It's a new year, a new season for restaurant openings. See something debut? Know something is on its way? You know what to do. 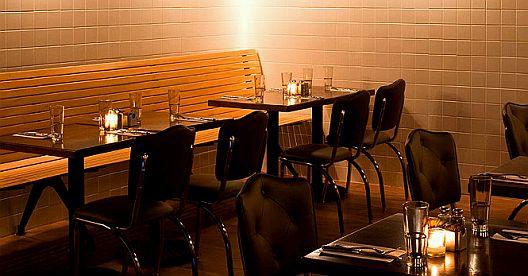 WESTCHESTER/LAX: After some delay, the Custom Hotel officially opened its restaurant Bistrotek and Hopscotch Lounge a couple weeks ago. According to the website, Bistrotek "features an open and airy loft-style space with sky lights and exposed pipes, polished concrete floors, distressed brick walls, pendant light fixtures, an old-fashioned, smoke-colored banquet, a wood-paneled dining bar and a vine-enclosed outdoor patio." And yet, it says nothing about the menu. Caroline on Crack went for cocktails, grilled cheese and shrimp sliders, so there's that. Hopscotch Lounge is in an area above the pool and outside, so waiting until "winter" passes is probably the best option. (8639 Lincoln Blvd., 310.645.0400)

SANTA MONICA: As reported earlier, Buddha's Belly opened this week. It's on the ground floor of the Hotel Carmel, serves a similar menu to the Beverly Boulevard location, but has a full liquor license. Buddha loves a good cocktail. Opens at noon daily. (205 Broadway, 310.458.2500)

MONTROSE/GLENDALE: After Michael Ruiz sold Bistro Verdu to Nadiv Bashan for his successful Bashan restaurant, he opened another venture nearby: Ingredients, a gourmet shop, impromptu tapas, lunch and occasionally dinner space. The menus incorporate what he has in the shop and change often (sign up for the newsletter for the weekly announcements), and he just started adding special dinners, like the five-course "swine-a-licous" dinner, which sold out in a heart beat. Seating is mostly communal with only 16 or so inside and picnic tables out, and it's BYO and no corkage. Ruiz tells us he has another spot coming down the pike, also in Montrose, the new "gourmet ghetto." (3521A N. Verdugo Rd., 818.249.4971)

KOREATOWN: Open since December but making a few waves, La Defence, a Euro-Asian-Karaoke spot. Chef Yuji Iwasa hails from Koi, and brings a Euro-Asian-Karaoke. French villa motif, and everything from sushi to spaghetti Bolognese. But there's karaoke. (3701 Wilshire Blvd., 213.384.9500)