See, just like that, a Fall Tracking Report becomes a Winter Tracking Report. There were some random gossip blog rumors swirling that Todd English and Eva Longoria's Beso would open today, January 4, but we just confirmed that the restaurant debut has been pushed to February/March. More details to come, but until then, let's trace the long, long Beso lifeline. 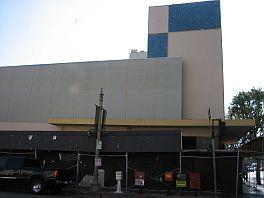 12/22/06: The unconfirmed rumor that Eva Longoria and Todd English were planning a restaurant in LA hits. In fact, it hit in August of 2006.

2/16/07: We confirm the Longoria/English project and location of restaurant. Tentative date: "Sometime in the next three months."

7/19/07: The gossip rags report that Beso would open in July. Amateurs.

8/3/07: Is the name Da Nada or Beso? English confirms Beso and an October debut in Nation's Restaurant News, adding a layer of credibility. 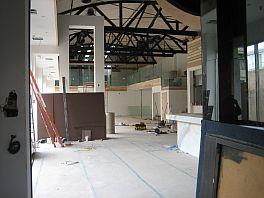 8/29/07: Beso still completely gutted and under construction. Little word from the English camp on timeline.

10/1/07: Chefs at Olives table at the American Food and Wine Fest say Beso is "about six weeks out." English is MIA.

11/12/07: The plywood barrier comes down, the new white-washed walls unsheathed. Some lament the loss of Googie-esque architecture, others say it was an eyesore.

11/17/07: A November "grand opening" party, with Eva and Todd on the red carpet. The party was less "debut" than Samsung Blackjack II launch party.

11/26/07: Full details from the man himself, Todd English. His people in the kitchen, and Longoria is a major player. Powerhouse.

1/3/08: We have solid confirmation that the December/January opening English hoped for is pushed back until February/March. Typical trifecta is to blame: permitting, design, construction issues. Staff interviews took place in mid-December.