Eater Inside Sneak Peek: BondSt at the Thompson

Share All sharing options for: Eater Inside Sneak Peek: BondSt at the Thompson 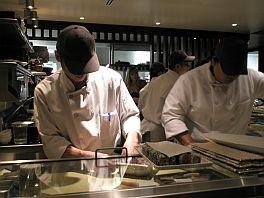 We had a chance to survey the scene at Jonathan Morr's NY-import BondSt last night, a few days before its debut. The Thomspon Beverly Hills hotel (officially "open" today) was designed by Dodd Mitchell, so BondSt has that signature Mitchell dark brown, leather, masculine look. The space isn't huge: The small hotel lobby is part lounge for the restaurant; there are a few semi-private areas, one long dining room with banquettes and round booths, and a sushi bar/open kitchen towards the back. Although the full menu (sushi and Japanese-inspired fare) wasn't offered, the quail and house salad were two crowd favorites. As a friend said, "LA needs trendy 'Bond' rolls like it needs more traffic," but we suspect the crowds will still find this one in droves. BondSt officially opens on Friday, January 9. (9360 Wilshire Blvd., Beverly Hills, 310.601.2255) 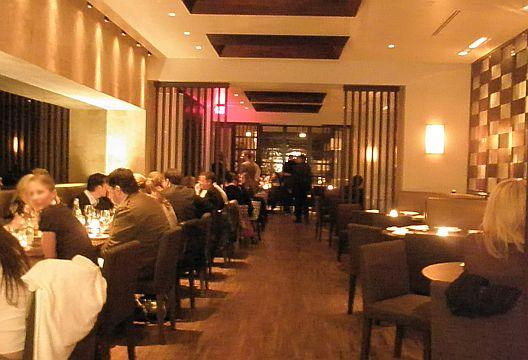 A brighter look at the room 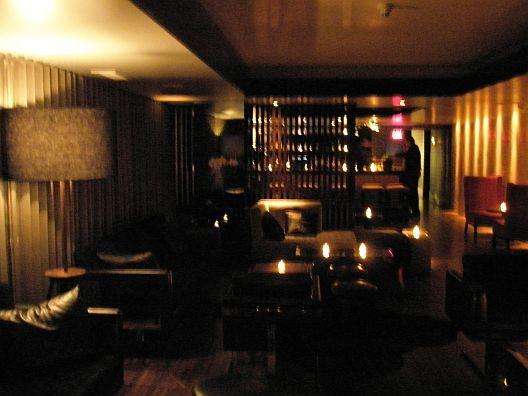 This would be the second floor lounge, which has the trippiest stairwell we've seen in awhile. Low lights, black shiny walls and flickering candles gave the illusion that we were walking up to a rooftop area, but no. Do not attempt after too many saketinis.
· Exclusive: Morr Says BondSt After Thanksgiving [~ELA~]