StarWatch: Maroon 5 at the Mission, Hayden at Katana, Vince Vaughn at Nobu, Jonas Brothers at the Kress, MORE

Share All sharing options for: StarWatch: Maroon 5 at the Mission, Hayden at Katana, Vince Vaughn at Nobu, Jonas Brothers at the Kress, MORE

They can't all be going to Beso. See a celeb for the Starwatch? We'll take the tips right here. Please put Starwatch in the subject line for easy finding. 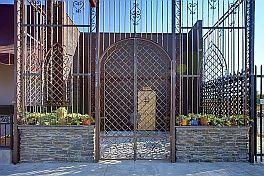 MISSION CANTINA: While enjoying a few post-debate Mexican IPAs on Tuesday night (10/7), Maroon 5 frontman Adam Levine rolls up to the Sunset Boulevard bar in a fancy car and meets a group of friends (possibly bandmates, but we don't really know) on the patio for a birthday celebration. [StarWatch]

KATANA: James Woods and Hayden Pannettiere were spotted (yes, together) on Friday night (10/3) with a big, lively group of friends. [StarWatch Inbox]

HAL'S: We ran into Chris "CJ" Jacobson, his girlfriend and several friends hanging out at the Abbot Kinney watering hole last weekend. [StarWatch]

NOBU LA: Vince Vaughn made reservations at Matsuhisa but ended up the street instead last night (10/9). "He was with 14 people including Peter Billingsley celebrating a friends birthday. They all sat around drinking wine and having a leisurely dinner." [StarWatch Inbox]

THE KRESS: The "very energetic" Jonas Brothers had coconut shrimp, mini ice cream cones and stopped into the kitchen to thank the chef. [People]

GIORGIO BALDI: Song/lovebirds Rhianna and Chris Brown had dinner at the Santa Monica celeb magnet and then went over to the Hideout next door to laugh at people doing karaoke. [People]

BESO: All spotted this week: The Hills Audrina Patridge ("she never eats anything"); rapper TI with a "much smaller entourage this time"; Christina Millian with a few friends. [StarWatch Inbox]