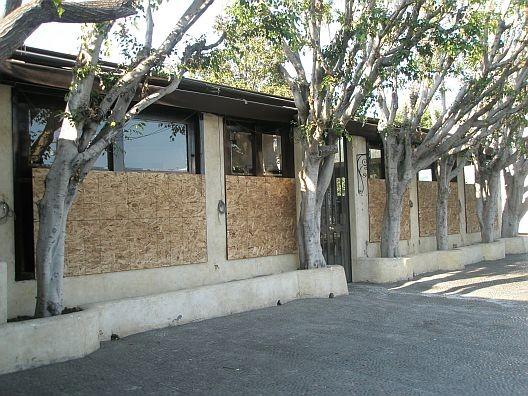 While Eater NY checks in with the new Table 8 progress in the Big Apple, we have a brief update about the Table 8 that was slated to open here (in the former Chocolat space on Melrose) this fall: It's not happening until early 2009. The crappy economy is partly to blame---we confirmed rumors that a couple of investors pulled out, but the deal is not killed---but also so they can "focus on New York." Eschewing the purple-black lounge look, the plan is to go back to a quintessentially more Californian look with simple, clean design, something more palatable with Govind Armstrong's menus, with a huge patio to boot.
· Table 8 Evolution: Closing Dates, New Concepts [~ELA~]
· Plywood Tracking: The New Table 8 [~ELA~]
· Fall Trackign Report: Table 8 [~ENY~]