The circle of life continues for the restaurant world and so we have the Shutter Report. Did we miss a closure in your neck of the woods? Do let us know. 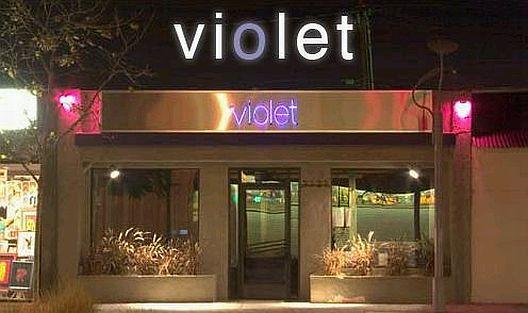 SANTA MONICA: According to sources (and confirmed by reps), Jared Simons closed Violet this past Sunday. Simons opened the Pico Boulevard bistro in 2004 to a decent amount of fanfare: Locals loved the casual vibe, rustic fare, the youthfulness, but if you've been lately, you could tell the chef was a bit restless. As he physically went more "rock star" (very proud of this, obvs), the space got funkier, but even that couldn't sate him. Simons most recently consulted on the menu for Bardot, the newer incarnation of the Spider Club in Hollywood, so maybe his sights are set on something more nightlifey in the future. [EaterWire]

PASADENA: Surprisingly, even the chains aren't doing so great in Old Town these days. Not that there's any love lost here, but Hooters recently closed on Colorado Boulevard. There's also rumor that the Gordon Biersch in the courtyard by the Laemmle theater is on its way out due to lease issues, but it's still open as of today. Tilted Kilt, this might be your chance. [EaterWire]