StarWatch: Cameron Diaz at Ammo, Joe Pesci at Nobu, Owen Wilson at the Other Room, MORE

Share All sharing options for: StarWatch: Cameron Diaz at Ammo, Joe Pesci at Nobu, Owen Wilson at the Other Room, MORE

It doesn't have to be another Hills sighting to get our attention. See a celeb dining and drinking (or pretending to) for the StarWatch? Drop it here. 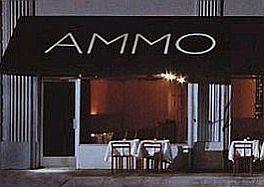 CHEEBO: A text just came in that Topher Grace was at the Sunset Boulevard resto today. [Starwatch Inbox]

THE OTHER ROOM: Master texter Owen Wilson spotted during the Abbot Kinney fest. "Fairly inconspicuous. He sat and texted the whole time, probably an hour two. I never saw him look up once." [Defamer]

KITCHEN 24: Kirsten Dunst met up with Justin Long and another guy for a late breakfast in Hollywood." [People]

R+D KITCHEN: Kate Beckinsale and hubby Len Wiseman were "caught in the act" at the always-crowded Montana Ave resto. [People

BLT: Chef Noah greeted Dog the Bounty Hunter, his wife Beth, son Leland and girlfriend, and Dog's Lawyer last Wednesday (9/24). Outside, Courtney Cox waited for her car with a doggie bag at the valet. [Starwatch Inbox]

CAFE VIDA: Jennifer Garner and her daughter dined next to our tipster in the Palisades last week. [StarWatch Inbox]