The Dish: The Must, Salute Wine Bar Opens, More

Share All sharing options for: The Dish: The Must, Salute Wine Bar Opens, More

Welcome back to another Dish Report, where we track some of the latest openings around town. See some debut? The tip jar awaits. 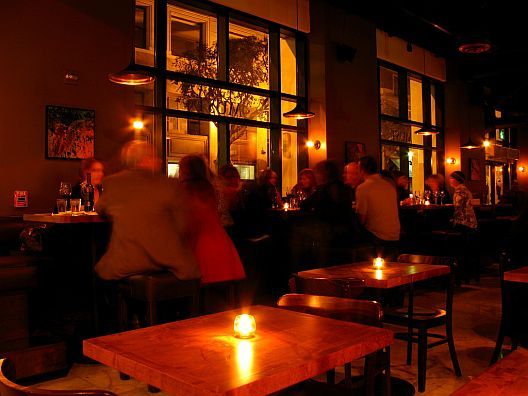 1) Downtown: Lime Café opened and closed pretty quickly, and just one month later, The Must wine bar opened in its place. According to Angelenic, the space has been completely transformed, there's a nice, accessible wine and beer list, and a small menu of what owner Coly Haan calls "white trash food with a twist" (sweet potato tots, chicken pot pie, prices from $5-$8). An expanded food and drink menu to come inJanuary. [118 W 5th St, 213.627.1162; website]

2) Santa Monica: And in more wine bar news: We knew something called Salute was taking over the former Yose space (previously Rockenwagner), and according to some Hounds, it just opened yesterday. Among other things, there's a key-card system for self-serve (2 oz. pours), and an Italian "piattini," or small plates menu. [2435 Main St., 31.450.3434]

3) Los Feliz: So the Deli at Little Dom's had a welcome-to-the-neighborhood party last night, but it turns out it's not really opening to the public for another week. Or, rather, it's open but they're not going full throttle yet, and keeping the real hours "soft" until next week (maybe). This means they may be open tonight for a couple hours, tomorrow for a couple hours---God, just open. Call before you waste your time, or go at your own risk. [2128 Hillhurst Ave; 323.661.0055]