Year in Eater: Neighborhoods of the Year

Share All sharing options for: Year in Eater: Neighborhoods of the Year

As is tradition, the Eater closeout of the year is a survey of industry types, bloggers, media and readers. This year we asked seven questions, from Best Newcomers to Top Standby, and we droppeed everyone's Most Memorable Meals and Biggest Dining Surprises already. The rest will be answered by the time we turn off the lights on Wednesday. The responses are in no particular order: 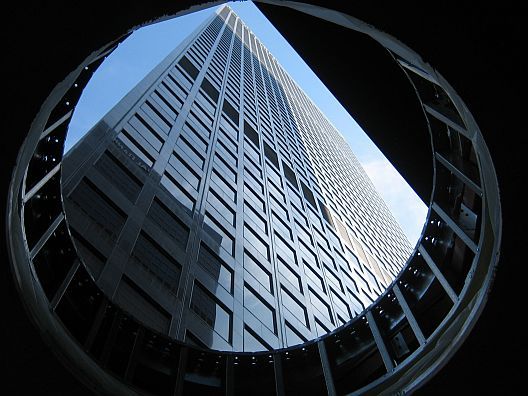 Q: What was the best dining neighborhood of the year? And for 2009?

Rich Alossi, Angelenic: Depends on what you're looking for. Koreatown for the extremely competitive Korean restaurant scene (sundubu, bbq, etc) and Culver City is up there. I'm still biased though - Downtown had a great mix of high, low and mid-range food options come online.

Vinny Dotolo, Chef/Owner, Animal: Fairfax no doubt. If not "the best" then it is "the best late night."

Jon Shook, Chef/Co-Owner, Animal: FAIRFAX, I am pumped for all the new comers to open in our hood in '09.

Jeff Miller, Thrillist: I became a fan of Little Tokyo this year -- maybe I'm late to the party, but I'm glad I'm still invited. In 2009, well, I live by the Grove, so let's say Mid-wilshire. Again.

Jonathan Gold, LA Weekly: The best dining neighborhood is and shall be San Gabriel. But with the openings of Rivera and Drago Centro, downtown is finally nearing critical mass.

Brad Johnson, Angeleno: Neighborhood is such a relative term in L.A., but I guess you could say Venice is up-and-coming, what with Joe’s doing so well these days, plus the addition of Gjelina and AK. And the area encompassing CommeCa/Lucques/Ortolan/Hatfields/8oz/Jar/Grace/Tasca/LaTerza will always be hard to beat.

Caroline on Crack: Seems like Culver City would be it what with all those great restaurants within walking distance of each other. Downtown might be the place for good eats in 2009.

Lonny Pugh, UrbanDaddy: In terms of big-newbie spectacle, I'd say WeHoBeverlyHills, which kept unleashing these ridiculous eye-poppers I thought I'd hate, but then?didn't. (Exhibit A: The Bazaar.) As for 2009, I suppose Downtown is (still) really gunning for it. I think everyone in Los Angeles would actually love to see it finally win one.

Josh Lurie, Food GPS: The neighborhood of the year was, and will continue to be, downtown. L.A. LIVE revitalized the downtown dining scene, and the ripple effect is evident at sleek new Latin restaurants like CASA, Rivera and Provecho. Fairfax could also continue to develop into a solid dining neighborhood by 2009.

H.C., LA & OC Foodventures: I think Culver City is still running strong but Santa Monica is doing some great catch-up with Bar Pintxo and Anisette alongside favorites like Rustic Canyon, Josie and Wilshire. I am still hopeful for downtown in 2009, and crossing fingers that the likes of Drago Centro, Wurstkuche, Cole's and Urth Caffe will lead the way for more great eateries to catch up to an already happening bar scene here.

Noah Galuten, Man Bites World: Call me a sucker for Japanese food, but I really grew to love Torrance this year. That much great food that close together at reasonable prices? Count me in.

Alissa Walker, Gelatobaby and Eater LA guestblogger: Most exciting, perhaps, is the Silver Lake/Echo Park corridor. Something new opens every week, adding depth and variety to a neighborhood that needs and embraces the options.

Lesley, Eater LA: Culver City for sheer volume. I'm still shocked at how packed each place (even Ugo) is on any given weekday lunch or weekend nights. I've had more fun in and around Hollywood this year than before. Downtown is revving, revving, revving and I really want 2009 to be the year it takes hold.

As always, please add yours in comments.