Share All sharing options for: Year in Eater 2008: Top Newcomers

As is tradition, the Eater closeout of the year is a survey of industry types, bloggers, media and readers. This year we asked seven questions, and Most Memorable Meals, Biggest Dining Surprises, Best Dining Neighborhoods, The Year in One Word, and Top Standbys have dropped already. The rest will be answered by the time we turn off the lights today. The responses are in no particular order: 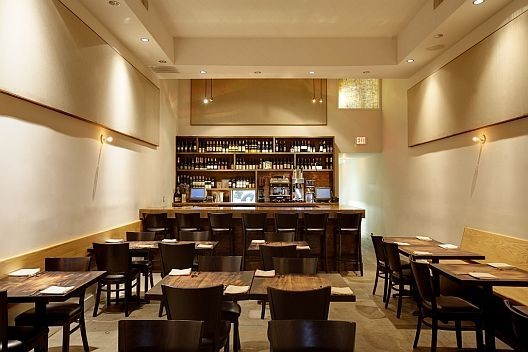 Jeff Miller, Thrillist: Animal's great, and not just because I share a certain, er, philosophy with Jon and Vinnie, but the quail fry, pork belly, even the salad w/egg -- mmmm. I also was taken to XIV recently and it's not just a gimmick: the food was delicious.

Lonny Pugh, UrbanDaddy: For credibility + scene x your agent's expense account: The Bazaar by Jose Andres, Gordon Ramsay at the London West Hollywood, XIV, STK. With quarters you found in the couch: a rattlesnake sausage at Wurstkuche or an ostrich burger to go from The Fix.

H.C., LA & OC Foodventures: The new 'A' restaurants this year brought their A-game: Anisette and Animal were the ones that stood out the most.

Jon Shook, Chef/Co-Owner, Animal: In 08, I would have to say Animal. Even if I am one of the owners/chefs. But, finally a place that I can really call home.

Rich Alossi, Angelenic: Downtown has had a few noteworthy high-end restaurants for years; 2008 was about the locals. Nickel Diner, Wurstkuche, and Cole's reopening were all notable in the area. Church & State opened with a lot of pomp and circumstance, but they're still feeling out their niche in the Arts District.

Food Marathon: Everyone will say Palate and Animal. I'll say Amarone Kitchen and Wine. [ed. note: Amarone opened in 2007, but we'll give it to you, Neil.]

Josh Lurie, Food GPS: Ricardo Diaz and his in-laws helped to elevate the humble Mexican sandwich at Cook's Tortas in Monterey Park. Jon Shook and Vinny Dotolo helped proved at Animal that bacon is more than just a side dish, and that first-time restaurateurs aren't always in over their heads. La Grande Orange Cafe delivers consistently satisfying comfort food in a beautifully refurbished train depot. Kristen Trattner and Chef Monica May opened The Nickel Diner, helping to transform another block of downtown's diminishing Skid Row while contributing one of L.A.'s better breakfasts. Finally, Wurstkuche is a welcome Arts District entry from twentysomething cousins Joseph Pitruzzelli and Tyler Wilson. Their variety is terrific, the execution and beer selection, top notch.

Marissa Gluck, Curbed LA: Jose Andres' restaurant in the SLS Hotel. Also new to me but probably not new - Noodle House, and Palate and Gjenlina.

Alissa Walker, Gelatobaby and Eater LA guestblogger: There were plenty of worthy places to spend your swiftly-dwindling savings this year, but I have to give the honors to Loteria Grill. It's the first new restaurant to open in Hollywood since forever that was designed for actually eating food. Plus the menu is just as fantastic, if not better, than the Farmers Market location. And jalapeno margaritas, too! Wheeee!

Lesley, Eater LA: Animal was on everyone's lips this year, but most importantly, on industry lips. This is where all the cooks/chefs/servers/bartenders are going and for good reason (the boys, the food--again, the fried quail alone---and overall vibe). For sheer buzz, I'll have to say Gjelina and Palate, but I've only been to both once. And I admit, I'm a sucker for that Jose Andres. What he's bringing to L.A. at The Bazaar goes far beyond his partnership with SBE. Get over it, people. I have high hopes for those coming late to the party: AK, Casa, Rivera, Riva.

As always, please add yours in comments.