Share All sharing options for: Eater's Journal: Just Another Night at Dan Tana's

When we're not shackled to our blogger desk, we find ourselves visiting many fine establishments around town. Here then, the Eater's Journal, where we muse on recent dining and/or drinking experiences. 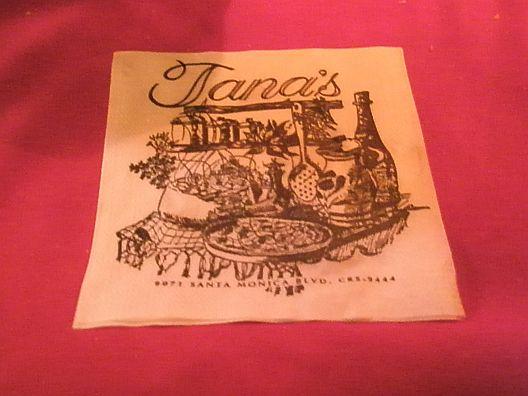 One good thing about going to preview Foxtail on a very cold rainy night, actually finding a seat at the bar at Dan Tana's next door. As just about any night at the classic Italian spot on Santa Monica Boulevard, it's two deep at the bar, people waiting in the wings for a table. Craig the maitre d' really is something to watch. He placates egos, knows everyone he should, isn't rude to those he doesn't. No matter who you are it's always "just 15 more minutes," which generally translates to another 30-45. Dry wit and a firm handshake gets him through, although more than once we heard him joking about how much he hates people. So did the surly Croatian bartender who's been there forever. Don't let either of them kid you: They love their jobs. The thing about Dan Tana's isn't really watching the somebodies chatting with each other over plates of chicken marsala and penne with meat sauce, it's watching the nobodies who think they're somebodies. 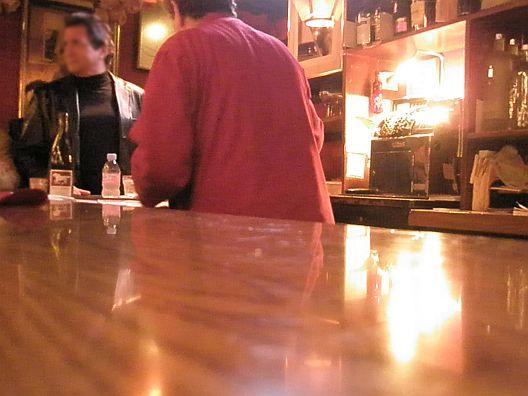 Within three minutes of standing in the doorway, Rick Fox sauntered past us and knelt next to Sam Nazarian's table. After Sam left for his Foxtail party, Craig jokes to no one or everyone in particular: "He owns there but eats here." Like two salty dogs, a couple wrinkled regulars, one in bright yellow sailor's rain slicker, the other with captain's hat and huge turquoise rings on his fingers, took seats at the bar. "We come here to meet young women." Plenty of older women with too much work done and older gents on their arms. Plenty of older men with too much work done, too. We beat a gal to a prime watching stool. The bitchy ringleader: "Um...but, there are four of us." Yeah, and we were there first. Kim Kardashian met some bald guy and patiently texted while they waited. The door swings open again, and all heads turn. Is that Robert Evans or a knock-off? Which wife is he on now? There were more than a few people we should recognize but didn't. Chicken parmesan and a side of bland steamed spinach did the trick. Between drinks, we eyed the bartender tossing back shots of some brown liquor all night. Pelinkovac, a Croatian digestif. He took a shine to us, so we got a taste. Bitter. "His medicine," the guy next to us said.