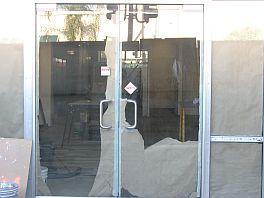 We suppose you can never have too much steak in this town, but this New York import is having way too much fun with its new Beverly Hills location: Not only will Wolfgang's Steakhouse open in the short-lived tofu emporium Umenohana on Canon Drive, but it's just two blocks from Mastro's, next to Wolfgang Puck's Spago, which of course is just another hop and a skip from Wolfgang's steakhouse, Cut.

As for Wolfgang's (not Wolfie's) Steakhouse, our New York operatives say: "Arguably the best porterhouse steak in Manhattan. Only second to Luger in the city." As well it should be: Owner Wolfgang Zwiener was head waiter at Luger for years. Per the signage, Wolfgang's should open this spring; we're told April. By the look of the construction site (a sneak peek to the right) there's a lot of work to be done in that amount of time.