Two newcomers were supposed to open for the big St. Patrick's Day weekend, but turns out delays got the best of both. Therefore, the Non-Open Report. 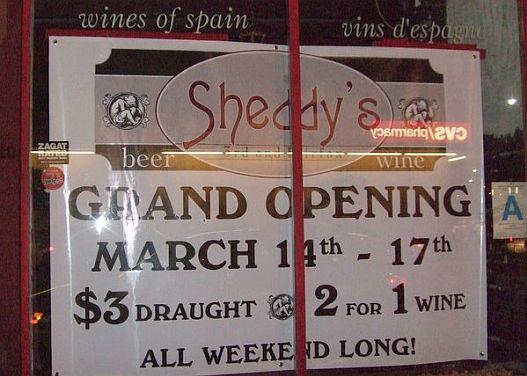 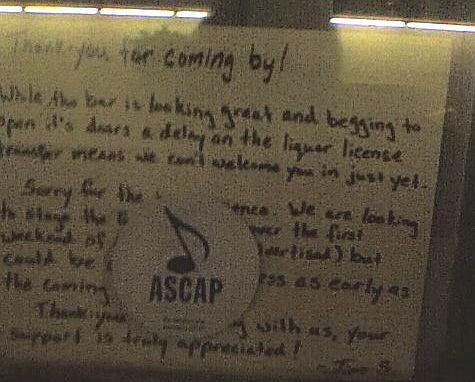 FAIRFAX & THIRD: We, among others, thought Sheddy's, the English-esque pub that took over Bodega de Cordova would open with $3 pints and two-for-one wine specials on March 14th, but a few people headed over to find the place still closed. Per the heartfelt signage in the window (click to enlarge), liquor license issues are to blame, but it's "looking great." [Blackburn and Sweetzer/All Kinds of Yum]

SANTA MONICA: Perhaps for the same reasons, the new Southern restaurant and bar South had to push things back a week or so. Co-owner Adam Milstein told us they hoped to open on March 14, but if all goes well, it should debut on March 27. South took over the former Punch Grill. [EaterWire]