There's nothing like a small opening in Plywood that teases curious passersby, i.e. obsessive restaurant watchers. Here we have Anisette in Santa Monica, the pending brasserie from Alain Giraud and partners Mike Garrett and Tommy Stoilkovich (owners of Falcon and Pearl Dragon). Inside, super high ceilings, a mezzanine, columns covered in white tile and mirrors, tons of natural light, and nice wood and iron work all match what we learned a few months ago. With this progress report and recent open calls for staff, the previously announced late-April/early-May debut doesn't seem far off the mark. 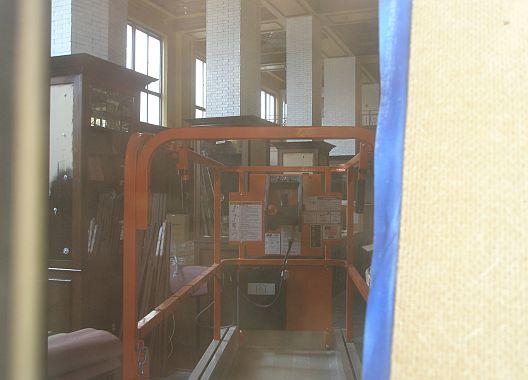 A New Vision Emerges at Sightglass Hollywood, 18 Months Into the Pandemic

After 18 Long Months, Father’s Office Returns to the Arts District