Share All sharing options for: VegasWire: Chef Exodus From Company

Here again, an update from Sin City from our Vegas man on the street, John Curtas. Got some LV goss or news to share? The door is open. 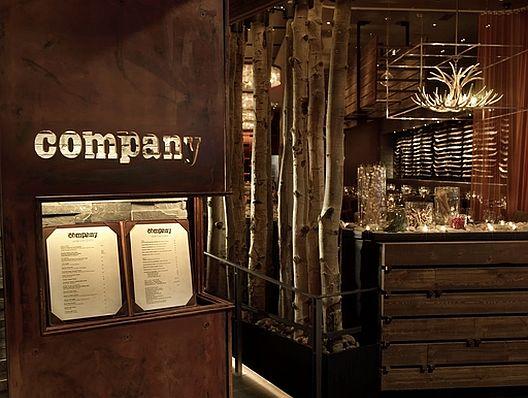 Celeb-backed Company American Bistro opened five months ago at the Luxor in Las Vegas with a top shelf pedigree in the kitchen: Adam Sobel, the former executive sous chef at Guy Savoy, was appointed top toque; David Varley, former exec sous at Bradley Ogden, was his number one; Top Chef's Marcel Vigneron was brought on board to foam his way to further fame; and Ralph "Ralphie" Perrazzo was put in charge of desserts. Despite this talent pool, and the heretofore Midas Touch of the Pure Management Group, the whole thing has fallen apart faster than an under-baked souffle. Varley said sayonara over a month ago, Vigneron and Perrazzo, bolted soon thereafter, and Sobel resigned last week. Was their food too hip for the decidedly middle-brow audience of the Luxor? Or is PMG scaling back on its "creativity" now that its finances are being investigated by the IRS? Yet to be seen.

We don't know where the other chefs are headed yet, but we did get an update on Vigneron...because he now has his own publicist. Marcel will visit and cook alongside his old pal Hung Huynh in New York (there's an event at Solo on April 3), then it's back to Las Vegas to christen the new Town Square Border’s and promote the Top Chef cookbook on April 6. See, TC brings all the fame.
· VegasWire: IRS Raids Pure Management Group [~ELA~]
· Top Chef Reunion: Marcel and Hung in Vegas [~ELA~]
· VegasWire: Ago, CatHouse, Simon at Palms Place, Company, Rao's [~ELA~]